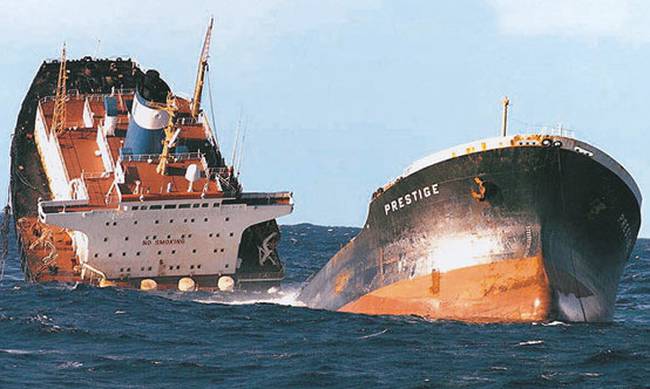 The 13rd of November marks 16 years after the Greek-owned and Bahamas-operated tanker ‘Prestige’ encountered heavy weather during a routine voyage and eventually sank off the coast of Spain, causing the worst environmental disaster in the country and one of the greatest oil spills in Europe.

Read in this series
The incident

Although there was no loss of life, the significance of the Prestige casualty is attributed to the magnitude of the resulted pollution of the Spanish and French coasts. The Prestige oil spill remains Spain's and Portugal's worst ecological disaster until today, causing significant damage to wildlife, environment, as well as the local fishing industry.

In November 2017, the Spanish court ordered the regional government of Galicia, off whose coast the Prestige tanker sank, to be compensated 1.8 million euros and neighbouring France, which was affected as well, 61 million euros. Also, the court said the ship's insurers to pay one billion dollars which is the maximum limit fixed by the company in its contract for the ship.