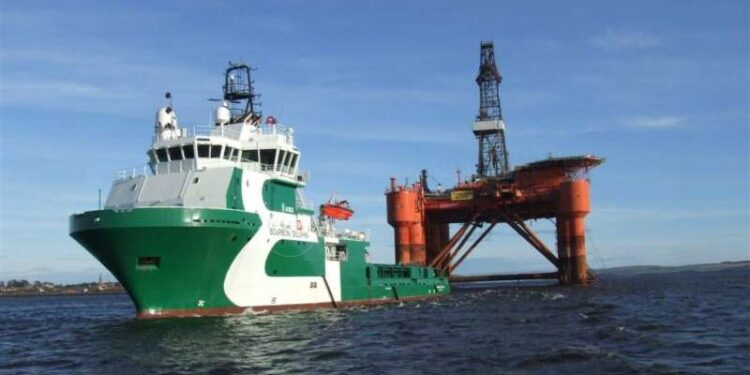 In 2007, the sinking of the Anchor Handling Tug ‘Bourbon Dolphin’ led to eight fatalities. In opposition to ISM Code that demands procedures for key operations, it was found that the operating company had not examined neither whether the vessel was suitable for the operation it was to carry out nor for crew’s qualifications.

On 12 April 2007, the Anchor Handling Tug Supply (AHTS) vessel ‘Bourbon Dolphin’ was engaged in anchor handling operations for the semi-submersible drilling rig ‘Transocean Rather’ in the Rosebank oilfield to the west of the Shetland Islands.

The vessel subsequently listed dramatically up to 30 degrees to port, which lasted about 15 seconds, before the vessel righted herself. At this time, the vessel briefly blacked out and the starboard engines stopped.

The vessel then listed over to port a second time and then rapidly capsized at 17.08.

While preparations for towing were underway, the ship sank three days after the incident in the Chevron field, 85 miles west of the Shetland coast.

A total of 7 crew members were rescued, but another eight did not make it. Among the deceased were the Master and his 14-year-old son, who was visiting the ship.

The Master onboard… had stated that his vessel was not suitable for the operation due to the fact that a bollard pull of 194t had been calculated as being necessary to break out the anchors from the seabed, whereas the capacity of the vessel was only 180t. The Master therefore subsequently believed he would only be used as an assisting vessel engaged in grapnel work.

The bollard pull requirement for the weight of the mooring system alone in the rig move procedure was 160t. This was a great deal higher than the bollard pull available to the ‘Bourbon Dolphin’ as she battled to get the vessel back to the track using her thrusters and propellers. Therefore the vessel was chartered when at best her available bollard pull could have been considered as borderline for the task of anchor handling for this particular operation.

The ISM Code demands procedures for key operations. Despite anchor handling being the main function there was no vessel-specific anchor handling procedure. The Company did not follow the ISM Code requirements that all risks are identified and the company did not make sufficient requirements for the crew’s qualifications for demanding operations. The procedures demanded the use of two vessels operating in close proximity.

ISM breaches in a nutshell

In January 2009, the owner was fined €530,000 after a Norwegian government Commission of Inquiry raised doubts about the ability of both the vessel and its crew to handle large anchors in such deep water. Norway’s national prosecutor also stood at the fact that the new captain had not been given enough time to learn the ship, as he only had 90 minutes to take over.

The incident highlighted necessity of the inclusion in a vessels stability book of anchor handling specific stability conditions and situations that prove the stability of the vessel is adequate. This information should be vessel-specific rather than the standardized generic information which is provided to different vessel types.

Issues regarding inadequate personnel training, both formal and simulation, in anchor handling operations were also raised.

It also raised concerns regarding the length of time for the handover of personnel, which should be specified by operators in their Safety Management System, especially when crew are joining a vessel they are not familiar with, so as to ensure that they are sufficiently informed about the vessel and its characteristics prior to the departure of the relieved crew member.

Additionally, the report recommended that planning and the rig move plan should be improved, with the plan being operation specific, provided to all parties well in advance of the operation and an onshore meeting help of all critical personnel.

Risk assessments must also be conducted for the overall operation and also for the operations to be performed on each vessel.

Finally, the report underlined that risk assessments used onboard AHTS vessels for these operations mostly focus on the dangers of the anchor handling operation from the perspective of what is to be done on the working deck, while little attention is paid to the dangers affecting the actual vessel. So it was recommended that this would be included in pro-forma risk assessments used onboard prior to operations commencing.

Explore more in the official report: