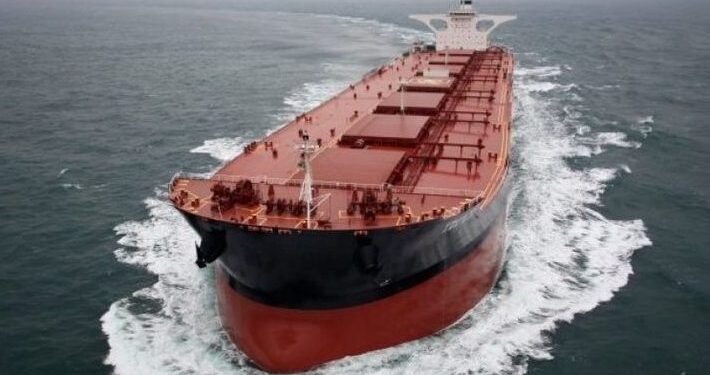 The last days of March have been ones of black anniversaries for shipping: On 24 March, the industry commemorated the Exxon Valdez incident, one of the most shocking environmental disasters in its history. On 31st March, shipping mourns a relatively recent tragedy: The loss of the South Korean VLOC ‘Stellar Daisy’ in 2017, which took almost entire crew at the bottom of the South Atlantic.

While, on the one hand, we have had extensive investigations and valuable lessons learned that helped the industry moved forward over the last 30 years, we have yet to see, on the other hand, tangible conclusions on the loss of one of the largest ships to be lost at sea.

At that day, a crew member sent a text message to their South Korean employer, Polaris Shipping, informing that the ship was taking on water.

Radio contact with the ship was lost, about 1,300 nautical miles off Uruguay. A total of 24 crew members were onboard at that time.

A coordinated research with eight ships and two aircrafts by Maritime Rescue Coordination Center (MRCC) of Uruguay, an aircraft and merchant ships coming from America, as well as Brazilian Air Forces and Brazilian and Argentine search vessels were searching the vessel for days.

Two crewmen were found on a life-raft shortly after and were rescued by a cargo ship nearby. Hopes for survivors started fading, as the crew reported that they had seen their ship sinking.

The search operation had no result until recently, in mid-February 2019. Almost two years after the tragedy, the American ocean exploration company Ocean Infinity, contracted by South Korean government, located the ship wreck deep in the South Atlantic Ocean, approximately 1800 nautical miles due west of Cape Town.

A total of 22 crew members, comprising 14 Filipinos and 8 South Korean, are still unaccounted for and are considered to have gone down with the ship. Only two Filipino crewmen survived.

This incident investigation has proven to be extremely complicated and the Marshall Islands, to which the vessel was flagged, has yet to provide an official accident report.

In this regard, INTERCARGO raised issues regarding the necessity of early submission of accident reports with lessons learned and recommendations that help the industry avoid similar tragedies in the future. As such, it called for an investigation of the causes leading to the casualty, noting that ‘the submission of quality casualty investigation reports without undue delays would greatly benefit the industry’. [/two_third_last]

Notwithstanding the fact that there are no official conclusions as to what caused the sinking, the incident rose significant concerns regarding safety of the ore carriers converted from oil tankers in the 2000s. Notably, the South Korean owner’s half fleet consists of such converted ships.

Note-worthy is also the fact that, a few days after the loss of Stellar Daisy, the VLOC ‘Stellar Unicorn’, another VLOC owned by the South Korean company reported structural damage in one of its ballast tanks, resulting in a small leak.

The 1993-built vessel began as a single-hull oil tanker and was also converted to an ore carrier in 2008. Exactly like Stellar Daisy, the ship was fully laden with Brazilian iron ore bound for China when the hull damage was discovered off South Africa.

Additionally, the accident brought the ever-long safety issue of liquefaction again on the surface. Although, there are no official conclusions attributing the sinking to liquefaction, some insurance officials tracked similarities with other incidents attributed to cargo liquefaction, such as the speed of the sinking. Iron ore, as also nickel ore, are some of the cargoes subject to liquefaction, as they contain high moisture. If the cargo liquefies, it can cause serious stability problems with a high possibility of capsizing.

However, it is underlined once again that the causes are unclear yet. The only thing that can be awaited for the future is that the authorities will find some particular and satisfying answers for the families of those perished in the disaster and that the factors will be taken into account to prevent similar deadly accidents.

Thankfully these occurrences are rare; but when they do happen, they serve to remind everyone that the seafarers, on whom we all depend, do a difficult and sometimes dangerous job; and that those of us responsible for making the industry safer can never stop striving for improvements,

…said IMO Sec-Gen in an official statement shortly after the sinking.