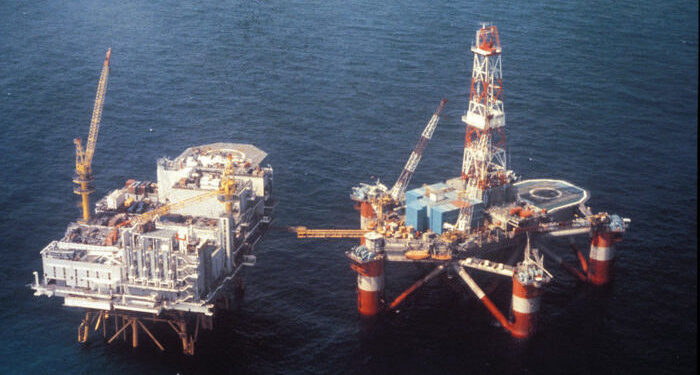 As part of its ‘Learn from the past’ series, SAFETY4SEA focuses on the fatal capsizing of the oil platform Alexander L. Kielland in the North Sea, the worst disaster in Norwegian offshore history since World War II. Losing one of its five legs amid a storm, the platform killed 123 people, shocking the local community in Norway and marking as a reminder of how a structure failure can take so many lives.

In the evening hours of 27 March 1980, the semi-submersible oil drilling platform ‘Alexander L. Kielland’ was in the Ekofisk oil field, in the North Sea, offshore Norway, providing offshore accommodation for the production platform Edda 2/7C.

Weather conditions were rainy and there was mist. The wind was gusting to 40 knots with waves up to 12 m high. The rig had just been winched away from the Edda production platform.

At about 6:30 pm, most men were off duty in the accommodation on Alexander L. Kielland, when they felt a ‘sharp crack’ followed by ‘some kind of trembling’, survivors said. Within seconds, the platform tilted between 35 and 40 degrees.

Lights went out and people rushed outside, but life-saving equipment could not be used due to the heavy listing.

Five of the six anchor cables had broken, the one remaining cable preventing the rig from capsizing. The list continued to increase and at 18:53, the remaining anchor cable snapped, and the rig capsized.

Four lifeboats were launched, but only one managed to release from the lowering cables.

From the 212 people onboard, the 123 were killed in the accident. A total of 89 people survived.

Some of the survivors were saved thanks to the platform’s lifeboats and rafts. Two 12-man rafts were thrown from Edda and rescued 13 people. Seven men were taken from the sea by supply boats and seven swam to Edda.

The investigation report of a Norwegian public commission in March 1980 revealed that a fatigue crack had propagated from the double fillet weld near the hydrophone mounted to the tabular bracing D6.

As a result, the five other tubular bracings connecting to the vertical column D broke off due to overload and the column D became separated from the platform. Consequently, the platform became unbalanced and capsized.

The official accident report concluded that the cause of failure occurred in the following sequence:

An immediate consequence of the Alexander L. Kielland disaster was the tightening of command organization on offshore installations in the North Sea, identifying a clear authority who would order abandonment in case of emergency.

In response to the Alexander L. Kielland disaster and based on the investigation findings, the Norwegian Maritime Directorate obligated redundancies of stability and structural strength and life-saving equipment for offshore oil drilling platforms.

On the aftermath, significant attention was given also to the evacuation and rescue operations that had revealed extensive shortcomings. Only one lifeboat was in fact launched successfully, others were smashed against the platform during launching in high waves, while another one was totally unavailable due to listing.

The failure to deploy lifeboats led to new legislation regarding on-load release hooks for lifeboats on oil rigs, (but also warned of accidents that had happened with on-load release gear, as happened at the ALPHA platform, where several were killed.)

Consequently, the IMO issued a requirement for all lifeboats on merchant ships to be fitted with hooks that could be released even when they were under load.

See here a memorial of the accident: