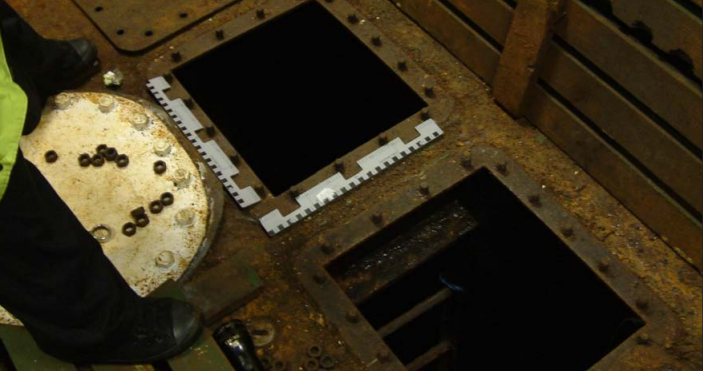 In 2007, the enclosed space fatality incident onboard the ERRV vessel Viking Islay off UK shocked shipping community as three men died successively trying to rescue one another. Enclosed space entry has been over the years the hidden enemy for crews as the hazard is not always obvious and although the industry has repeatedly rung the bell on this, this kind of incidents has yet to be eliminated.

On 29 September 2007, the ERRV ‘Viking Islay’ was in the North Sea conducting rig support operations, when two crew onboard went forward to secure a rattling anchor chain within the chain locker.

During the consequent rescue efforts, the first rescuer found he was unable to enter the chain locker wearing a BA, and he therefore donned an EEBD.

He entered the space, but at some point the hood of the EEBD was removed, or became dislodged and he also collapsed.

All three seamen who entered the confined space were declared dead.

The Master of the vessel was taken to court for failing to discharge his duties properly, but was acquitted of charges. However, the judge fined the firm £160,000 for sailing to provide an oxygen meter and £80,000 for failing to evaluate the efficiency of its SMS and £40,000 for failing to ensure the third engineer had the appropriate certificate of competency.

The incident highlighted issues related to breaches of the merchant shipping safety regulations: Poor safety system with too much paperwork that “was a victim of its own complexity”, the court heard, as well as lack of crew training, and inefficient audits.

However, the most serious breach was the firm’s failure to provide an oxygen meter despite a request from the Captain 6 months before the incident, the report read.

On the aftermath, the owner provided portable atmosphere testing equipment onboard its ships and trained key personnel in its use. They also published the lessons learned of this deadly incident and reinforced enclosed space entry requirements.

SQE Marine has prepared a detailed checklist aiming to inform about the necessary actions to be followed, in case of rescue from enclosed space, as well as a toolbox meeting guide for enclosed spaces.