February 15th marks 37 years from the loss of the semi-submersible mobile offshore drilling unit ‘Ocean Ranger’ off Canada. The platform sank along with its entire 84 crew, claiming the title of one of the worst offshore drilling accidents in North American history. The incident forms another example of how lack of compliance with procedures and inadequate safety culture can have tragic consequences.

Read in this series
The incident

From November 1981, the Ocean ranger had been working in the Hibernia Oil Field, on the Grand Banks of Newfoundland, 267 km east of St. John's, Newfoundland, Canada, along with two other semi-submersible platforms nearby, the Sedco 706 and Zapata Ugland.

On 14 February 1982, weather forecast provider NORDCO informed the platforms of deteriorating weather conditions, as a result from a major Atlantic cyclone. The rig had handled several storms in its 6-year past, so it was expected that it could handle this too.

However, in the early morning hours of 15 February, the crew started transmitting a series of desperate distress calls which indicated that the platform was listing badly.

In the middle of the night and amid severe winter weather, the crew abandoned Ocean Ranger. The platform remained afloat for another 90 minutes before going down shortly after 3am.

At least 56 crewmen were seen by eye witnesses having abandoned the platform on a lifeboat or in the water. Search and rescue efforts by sea or air were not feasible due to adverse weather, while standby vessels could not approach due to huge waves.

The entire 84 people onboard - 46 crew and 38 contractors- perished at the disaster, with no survivors. From the 84 bodies, only 22 were recovered. Hypothermia was the cause of death in all of these cases.

In addition, three salvage divers were killed on the wreck during salvage operations, two by an underwater explosion on 20 June and another one on 26 June, after being hit by a dropped object as he attempted to return to the surface. 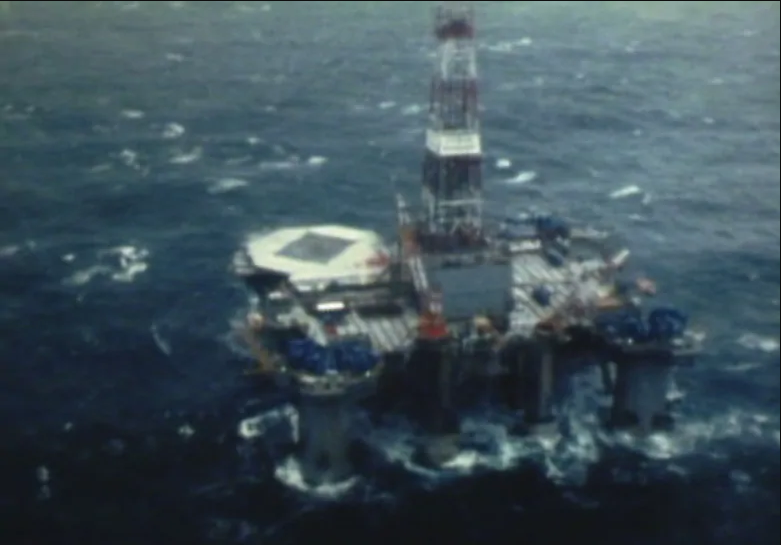 In its official investigation report, the US Coast Guard identified failure of the Ocean Ranger’s ballast control room portlights as key cause to a sequence of events ending up to loss of the rig. It is noted that the platform had not sustained any structural damage which affected its ability to encounter heavy weather.

All of the investigations also underlined the lack of written casualty control procedures, which made the crew uncertain of which is the safest way to address malfunction of the ballast control room.

Similarly, the Ocean Ranger’s Operations Manual was ‘difficult to read’ and ‘not presented in a format suitable for ready reference’, according to USCG. The format language could not be easily understood by masters and ballast control room operators.

Although Ocean Ranger had an Emergency Procedures manual that included steps for evacuation, it did not discuss lead times necessary for helicopters (2 hours) and standby vessels (40 minutes) to conduct rescue,

According to NASA, there was no formal training on ballast control operator position, while there was no training for procedures specific to Ocean Ranger.

While the level of understanding of the Ocean Ranger’s ballast control room operators and masters of the rig’s ballast system was inadequate to deal with extraordinary situations or emergencies,

In the same context, all the official narratives by USCG, NTSB and NASA, indicate the crew did not fully understand what to do in case of an emergency involving the Ranger's ballast control system.

For instance, NTSB narrates that the Ocean Ranger’s toolpusher hungoff the drill string and disconnected the marine riser in accordance with the emergency procedures manual, but he did not discuss evacuation with the company’s superintendent, as it was demanded.

As the official USCG report mentions, the primary lifesaving equipment of Ocean Ranger, including the launching arrangements, proved to be ineffective. USCG indicated the design of the lifeboats’ releasing mechanism as ineffective, which precluded the boats from detaching from their falls.

Additionally, all of the Ocean ranger’s liferafts were recovered damaged, which is attributed to their age, the periodic servicing or the storm’s intensity.

Although Ocean Ranger was the most advanced oil rig of its day, some of its components, such as the chain lockers and the ballast control console, were designed not for failure, but for ideal conditions,

The loss of the Ocean Ranger extended far beyond an offshore tragedy, as it served as a wake-up call to the oil and gas industry and respective authorities in Newfoundland and Labrador, regarding the design of oil platforms, as well as regulations on safety equipment and training in the offshore industry.

Although the exact backstage information is not available as there was not even one survivor to narrate what happened, it becomes evident that this incident forms another example of human error, in terms of insufficient preventive actions.

This chain of events leading to the loss of the rig could have been prevented by ‘competent human intervention,’

…says USCG in its official report.

The issue of sufficient inspection and regulation by authorities was also highlighted on the aftermath of the accident, as the equipment onboard was inadequate and procedures were not strictly followed.

Shortly after the tragedy, in 1986, Canada established the National Search and Rescue Secretariat (NSS), a national coordinating authority for search and rescue policy, as one of the key recommendations resulting from the Royal Commission of Inquiry into the accident.

Even when the platform went down, it was certain that over half of the crew had successfully abandoned it, which creates questions when combined with the fact that not a single person eventually survived.

In this respect, the NTSB highlighted issues related to insufficient safety equipment of standby vessels. Although USCG commends the crew of the support vessel ‘Seaforth Highlander’ for their efforts under the circumstances, both USCG and NTSB stressed that this vessel was not adequately equipped to recover persons from the sea in the storm conditions.

Use of equipment, such as liferings, nets, and liferafts, that was aboard the Seaforth Highlander required the crewmembers of the standby vessel to expose themselves to extremely hazardous conditions on open decks to effect any rescue and required participation by those being rescued if any attempt was to be successful.

…an official statement by NTSB reads.

Several European marine equipment suppliers have developed rescue baskets that do not require the survivors to touch the hull of the rescue vessel involves little or no participation by those being rescued. If the Seaforth Highlander had been equipped with such a device when its crewmembers attempted to recover the survivors from the OCEAN RANGER, some lives possibly could have saved.

As one of the most major disasters in terms of loss of life in the offshore industry, Ocean Ranger remains until today, almost 40 years after its sinking, a significant source of study for safety enhancement in a dangerous business, reminding that ‘technological marvels’ are not enough if not followed by prompt human actions.