by The Editorial Team
in Accidents, Maritime Knowledge, Offshore 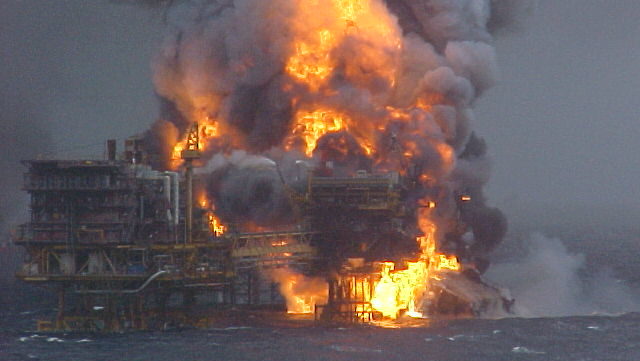 Over 30 years after the Piper Alpha oil platform suffered multiple explosions off Scotland taking lives of 167 people, SAFETY4SEA analyzes the North Sea disaster which made the oil and gas industry to look safety in new terms.

The 6th July 1988 was a normal day for 226 crew members onboard the Piper Alpha, an oil production platform in the North Sea, located 120 miles north-east of Aberdeen, Scotland.

At about 22.00, an explosion was heard on the deck of the platform, immediately followed by a fire which spread quickly in Module B and C. Witnesses said they heard a sustained high-pitched screeching noise followed by an explosion.

Dense black smoke engulfed the upper parts of the platform. The initial explosion was followed by many smaller explosions.

Up to 22.08, the crew had sent three Maydays, the third of which informed of an abandoning due to fire. An emergency evacuation team headed to the scene, but flames and heavy smoke made the scenario of evacuation impossible.

By 22.20, about 22 survivors, including diving personnel who were on duty, had left the platform. Most of the crew onboard had gathered in the accommodation at that time. Normal and emergency lighting had both gone out.

At about 22.20, another major explosion occurred due to the rupture of a high-pressure gas line connected to the Tartan platform. This generated a massive and prolonged high-pressure gas fire which generated intense heat. When the explosion occurred, it caused several men at the north-west corner and other parts of the platform to jump into the sea. The effects of the explosion were felt on vessels located several hundred yards away.

By about 22.50, 39 survivors had left the platform. At this point, another massive explosion occurred, most likely from the rupture of a Total-operated gas line, releasing gas flowing though Piper Alpha from the Frigg field via MCP-01 to St Fergus. A fast rescue craft, launched from standby vessel Sandhaven, was destroyed by the explosion, killing two of the three-man crew and the six men they had just rescued from the sea.

At about 23.20, the structure of Piper Alpha was so badly weakened that the topsides started to collapse.

Shortly after, the west crane and drilling derrick collapsed. The platform took a slight tilt to the east. This was followed by the sudden collapse of the pipe deck to the west. This forced men out of shelter on to the pipe deck. A number of survivors then had to jump off the pipe deck into the sea.

The main accommodation module, where at least 81 men were sheltering, slid into the sea. All those inside died.

By the early morning of 7 July 1988, three-quarters of the original topsides, together with significant sections of the jacket, had been destroyed and lay in a tangled mass on the seabed 140 metres below.

It took over three weeks for the fires to be extinguished. The remains of Piper Alpha were toppled into the sea in March 1989.

A total of 167 people, including platform personnel and rescuers, lost their lives. Of these, 109 died from smoke inhalation, 13 by drowning, 11 of burn injuries and 4 from unidentified causes. 30 bodies were never recovered. Only 61 survived.

In November 1988, a public inquiry was set up to determine the cause under the chairmanship of William Cullen.

The establishment of exact causes was not easy, as nobody from the senior members of Piper Alpha’s management team survived.

The official inquiry into the tragedy concluded that the initial explosion was most likely caused by a leak of hydrocarbons (including mostly propane), arising from maintenance work being carried out simultaneously on a pump and related safety valve.

The development of the crude oil fire and the damage caused by it were greatly assisted by the fact that the initial explosion had destroyed or disabled the active fire protection system.

The size and duration of the crude oil fire and the heat and smoke generated were exacerbated by the fact that the Claymore and Tartan platforms did not shut down production sooner.

The ruptures of the tartan MCP-01 risers were on the upstream and downstream sides of the respective emergency shutdown valves, thus rendering these valves ineffective for isolating the platform from the inventories of the pipelines.

The inquiry was also critical of the operating company’s safety procedures, as poor communication and poor emergency management were made obvious in all levels.

The death toll among those in the accommodation was greater than it would have been if the OIM had given instructions that personnel should abandon the accommodation and attempt to escape from the platform by whatever means they could,

Notably, after the explosion, at least 84 crew members aboard the Piper Alpha sat in the accommodation waiting to be told what to do, according to Steve Rae, business consultant and survivor of the Piper Alpha disaster.

The installation manager failed under pressure and offered no instruction. The public address system had been destroyed by the first explosion, so there was no means of instructing the crew to evacuate.

Meanwhile, the company’s emergency procedures instructed personnel to head toward the lifeboat stations, but the ensuing fires made the route impassable. Therefore, those who survived did so because they decided that jumping was the only way to get off.

The ensuing trial became the longest civil trial in UK legal history, lasting almost three and a half years.

Although the official public inquiry found the operator guilty of inadequate maintenance and poor safety procedures, there were no criminal charges against the company.

Except for design and engineering issues which are also essential for safety, the lessons for the oil and gas industry from this accident lie again in the necessity of a proper safety culture. As in the Deepwater Horizon tragedy, it was noted that the “disaster was preventable had existing progressive guidelines and practices been followed.”

Witnesses suggest that minimum standards of communication were not met, while training was inadequate.

“None of us were trained to go into what effectively was a combat zone,” says Ed Punchard, diving coordinator and survivor from the disaster.

The investigation and public inquiry that followed the Piper Alpha disaster led to 106 recommendations for preventing a similar accident in the future.

The Piper Alpha was not only a disaster but also an opportunity to change things and we are living, I would hope, with the benefits of that change,