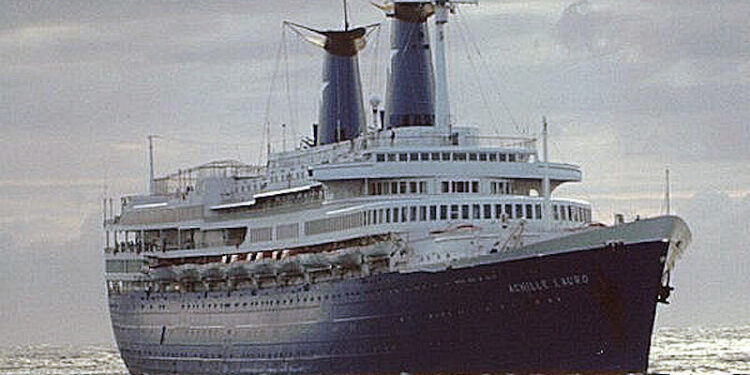 As part of its ‘Learn from the past’ series, SAFETY4SEA remembers the hijacking of the cruise ship ‘Achille Lauro’ in 1985 by four heavily armed Palestinian militants who posed as passengers, resulting to the brutal murder of one passenger. The attack lasted only two days but spurred a global concern over the shaping dimensions of maritime terrorism.

Incident details: At a glance

On 3 October 1985, the ‘Achille Lauro’ left Genoa, Italy for a 12-day cruise in the Mediterranean Sea with 748 passengers.

ReCAAP ISC: 15% decrease in piracy and sea robbery incidents in Asia for 2021

On 7 October, at Alexandria, 651 of the passengers from the Achille Lauro left for a bus tour of the pyramids. They were to rendezvous with the ship hours later at Port Said. As such, only 97 remained onboard.

Four terrorists stormed into the ship’s dining room, shooting their automatic weapons over the heads of the passengers who were eating. Passengers started screaming; some tried to escape but were stopped by terrorists.

Shortly after, the Captain was requested to come immediately to the bridge where hijackers demanded him to sail the ship 300 miles to the northeast to the Syrian port of Tartus. They also ordered the 450 crew to continue with their normal duties but to stay clear of the hostages.

The terrorists claimed to have a total of 20 hijackers onboard. Only later it would be discovered that they were only four.

Before the hijackers enforced radio silence, the crew managed to send out an S.O.S. which alerted the international community that Palestinians had seized an Italian ship.

The tourists that had visited the pyramids reached Port Said by 10:30 but found no ship. At first, they were told that traffic in the canal had delayed the ship but at 1:30 a.m. were given the truth.

The next day, the hijackers began to separate the hostages by their origin. They were looking for Jews and Americans.

Meanwhile, the ship was denied permission to enter the Port of Tartus and returned off Port Said where Egyptians and Palestinian Liberation Organization officials negotiated an end to the hijacking.

The four Palestinians were given safe passage out of Egypt in exchange for the release of the hostages and the ship.

Of course, this was agreed based on the pretext that they had done no harm to any of the passengers.

However, this was not the case. They had already killed one passenger.

Upon arriving off Tartus, the leader terrorist demanded that the Israeli Government be contacted and given the demand that 50 Palestinians held in its jails be freed, including specifically Samir Kuntar, a Lebanese friend of Abu Abbas, the mastermind behind the hijacking. They would begin killing hostages if the prisoners were not released, he warned. Israel did not respond.

As the deadline neared, they began to decide whom to kill. They selected Leon Klinghoffer, a Jewish-American 69-year-old man in a wheelchair. They took him on the open deck, shot him and threw his body overboard.

On 15 October, the Reagan Administration told reporters that a partially decomposed body that had washed up on the Syrian coast was that of Leon Klinghoffer.

The hijacking of the Achille Lauro was planned and executed by one of the three factions of the Palestine Liberation Front. The PLF was one of the eight constituent groups that had originally formed the Palestinian Liberation Organization (PLO) which was under the chairmanship of Yasser Arafat.

Reports at the time suggested the hijacking of Achille Lauro was an act of retaliation for the Israeli bombing of the PLO headquarters in Tunis.

The Palestinians had hidden their weapons in the gas tank of a car parked in Italy in preparation for boarding the ship. A cabin steward, with the hijackers’ stateroom in his responsibilities, surprised the four Palestinians, as they were trying to clean the gasoline residue off their weapons, by entering the unlocked door to their room in order to deliver complimentary fruit.

It was believed that the hijackers planned to launch an attack on Ashdod, Israel, but they panicked and moved to hijack the ship instead.

US Navy planes intercepted the Egyptian airliner carrying the hijackers and the mastermind of the attack, Abul Abbas.

The plane was forced to land at a US-Italian military base in Sicily (the Sigonella), where Italian authorities arrested the four hijackers but allowed Abbas to leave the country despite suspicion over his involvement. It was later confirmed that he had been directing the hijacking via radio.

This created a diplomatic tension between the US and both Egypt and Italy.

In 1986, the four hijackers—Youssef Magied al-Molqui, age 23; Ahmad Marrouf al-Assadi, 23; Ibrahim Fatayer Abdelatif, 20; and Bassam al-Askar, 17—were tried in Italy. The three eldest received sentences ranging from 30 to 15 years in prison. al-Askar was convicted in a separate trial. Italy sentenced the mastermind Abu Abbas in absentia to five terms of life imprisonment for his role in the Achille Lauro hijacking, but he never served it. He was located in Iraq during the 2003 invasion of the country and died in custody the next year.

The incident came in addition of several terrorist attacks at sea which spurred a general worry that maritime was a new terrorist trend. It also posed several questions concerning the security measures taken by passenger shipping in general, given that the terrorists so easily penetrated the Achille Lauro.

Reports at the time said one of the terrorists had taken the ship several times, even obtaining friendly relationship with some of the crew, which means that the frequency of travel in the same liner never raised suspicions enough so as to check at least more carefully his passport. Other reports said that when a crew member asked one of the terrorists what his origin was, he said Norwegian, and neither this alarmed any bells.

As such, the incident, which occurred in the middle of an alarming period for global security, highlighted an inadequate participation of the maritime in the fight against global terrorism.

It was not until the September 11th attacks -the attacks ‘that changed the world’- that the maritime community was shocked enough to understand that the international security landscape leaves it no immune to possible attacks.

In this regard, the International Ship and Port Security code (ISPS) came into force on 1st July 2004, under SOLAS chapter XI-2, forming the basis of a comprehensive mandatory security regime for international shipping.

5 terrorist attacks against merchant ships since 2001