Year in Review: Environmental issues that caught shipping’s eye in 2019

As we are approaching the end of another exciting year for shipping, without a doubt the focus of everyone ahead of 2020 will be on IMO sulphur cap. This issue, along with decarbonization in general, has emerged as a main priority for the sector, with companies trying to find ways to cut their emissions. In this article, we take a look back at 2019, and we identify the key environmental moments that left their mark.

From 1 January 2020, the limit for sulphur in fuel oil used on board ships operating outside designated Emission Control Areas will be reduced to 0.50% m/m (mass by mass). This will significantly reduce the amount of sulphur oxides coming from ships and should have major health and environmental benefits for the world, and especially for populations living close to ports and coasts.

To comply with the new regulations, operators have two options: either use of compliant fuels, i.e. fuels with a sulphur content of no more than 0.5%, such as LNG, or biofuels or scrubbers. However, operators must be aware that many ports worldwide have banned the use of open-loop scrubbers.

A major point for shipping’s decarbonization during 2019 was MEPC 74. The MEPC approved, for adoption at the next session in April 2020, amendments to MARPOL Annex VI to significantly strengthen the Energy Efficiency Design Index (EEDI) “phase 3” requirements.

The draft amendments bring forward the entry into effect date of phase 3 to 2022, from 2025, for several ship types, including gas carriers, general cargo ships and LNG carriers. This means that new ships built from that date must be significantly more energy efficient than the baseline.

It also adopted 2019 Guidelines for consistent implementation of the 0.50% sulphur limit under MARPOL Annex VI  – with sections on the impact on fuel and machinery systems resulting from new fuel blends or fuel types; verification issues and control mechanism and actions, including port State control and samples of fuel oil used on board; a standard reporting format for fuel oil non-availability (fuel oil non-availability report (FONAR); and possible safety implications relating to fuel oils meeting the 0.50% sulphur limit.

With shipping striving to find innovative solutions to reduce emissions, new alternative fuels and technologies have emerged, to help the sector achieve its goals.

Hydrogen is considered by many as a promising potential fuel of the future in a decarbonized shipping industry. In fact, 2019 saw many hydrogen projects emerge, aiming to promote the fuel:

Except from hydrogen, biofuels have also experienced a surge in 2019. Currently, there is a potential for shipping to use sustainable biofuels, whilst sustainable bio-feedstocks are underutilized, according to a report by the Sustainable Shipping Initiative (SSI).

What is more, Hurtigruten has also started testing Biodiesel on board the ship MS Polarlys. This fuel can potentially reduce emissions up to 95% in comparison to traditional fuels, the company notes.

Nevertheless, the report from SSI notes that biofuel use would be higher in 2030 than 2050, implying this is a short rather than long-term solution. Specifically, it was suggested that a biomass-based decarbonisation pathway for shipping comes with considerable supply risks and as a consequence also poses risks related to their price.

USCG is now working on a draft policy letter for accepting test methods that measure viability of organisms when conducting Ballast Water Management System type approval testing. With this act, USCG is required to draft a policy letter for testing BWMS within 180 days, followed by a 90 day comment period. 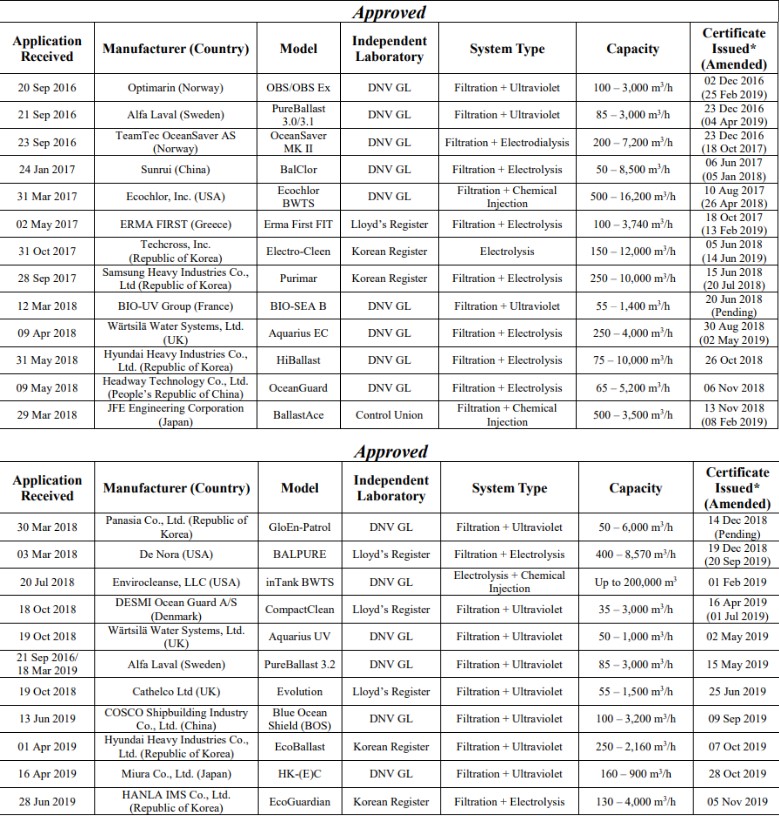 Shipping may have shed all of its focus on the 2020 sulphur cap, however, important updates in the area of ship recycling are expected as well.

Namely, from 1st January 2020, the Inventory of Hazardous Materials (IHM) will become effective, bringing changes for which operators need to be aware of for compliance with the requirements of both Hong Kong Convention and EU-Ship Recycling Regulation.

As for the Hong Kong Convention, it has not entered into force yet. It will do so 24 months after ratification by 15 States, representing 40% of world merchant shipping by gross tonnage, combined maximum annual ship recycling volume not less than 3% of their combined tonnage.

Until now, 13 countries have accepted the Hong Kong Convention:

However, the ship recycling industry has a long way in order to improve. The ship breaking activity in developing countries, such as India, Bangladesh and Pakistan, has been subject to criticism because of the negative impacts the industry has on the environment and workers.

As a matter of fact, a report by the Tata Institute of Social Sciences (TISS) in Mumbai found that there have been little improvements in the shipbreaking yards with regards to working conditions. It also presents several breaches of the national legal framework.

Examining the welfare of workers at the ship breaking yards in Alang-Sosiya (ASSBY), the report found that: 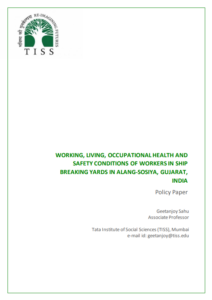 It is no secret nowadays that our planet is in danger because of human actions. Natural habitats are at risk due to people’s lack of sensitivity and awareness. A prime example of this? The garbage island in the Pacific.

To give a solution to this problem, the Ocean Cleanup began its effort to gather collect the garbage. The organization used the System 001, also known as Wilson, but it faced technical challenges.

Despite this setback, the Ocean Cleanup managed to address this difficulty, and launched System 001/B in late June, followed by a six-week testing campaign.

In the same wavelength, EU aspires to clean up beaches across Europe and the world. To achieve this, it will collaborate with local communities to clean up marine litter as part of the #EUBeachCleanUp campaign. Launched on 19 August, this year’s campaign will run through October, with actions taking place in more than 80 countries, on all populated continents.

In another major milestone, India announced that it will ban the use of single use plastics on board Indian ships and foreign ships, when these ships are at a port or place in India. The ban will take effect from 1 January 2020.

Ending the year on a high note, one of the most important Climate Change Conferences took place in Madrid, opening on December 2.

After two weeks of intense negotiations, few countries came up with any carbon targets, and talks were characterized by squabbling over technical details.

Commenting on the outcome of the discussion, the UN Secretary General, António Guterres, expressed disappointment for the overall result, despite some progress made by the private sector and regional governments.

I am disappointed with the results of COP 25. The international community lost an important opportunity to show increased ambition on mitigation, adaptation & finance to tackle the climate crisis. But we must not give up, and I will not give up

The most notable outcome was a modest agreement highlighting the ”urgent need” to bridge the gap between greenhouse gas targets set in Paris Agreement and scientific advice that says much deeper cuts are needed.

Negotiations went overtime as no tangible result was reached. On Saturday evening, there was still no sign of progress, prompting acclaimed 16-year-old activist Greta Thunberg, to state:

It seems like COP25 in Madrid is falling apart right now. The science is clear, but the science is being ignored