New system under development for use of hydrogen on large ships 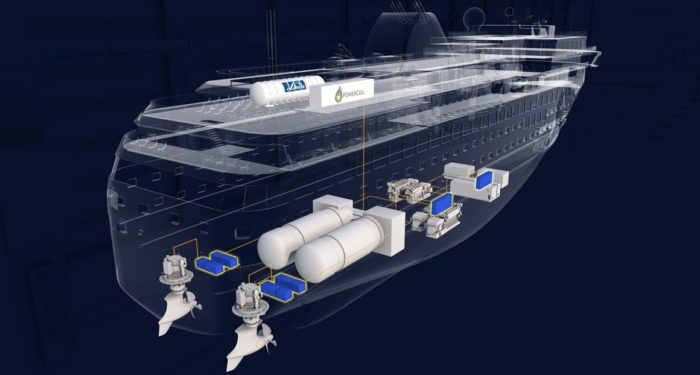 Havyard is working towards a hydrogen system pilot for large ships, as it is entering the approval phase and has signed agreements with providers of hydrogen tanks and fuel cells. Namely, the Havyard Group, with Havyard Design & Solutions and Norwegian Electric Systems, is now developing a system that will become the biggest of its kind for ships.

The first phase of the Havyard Group’s work is completed, and the company is now entering into the approval stage for the hydrogen system together with Linde Engineering as tank supplier and PowerCell Sweden AB as supplier of fuel cells.

Speaking about this development, project manager for the Havyard Group’s FreeCO2ast project, Kristian Osnes says that fuel cells have similarities with the battery technology, which makes it able to take the zero-emissions goal one step further.

According to the agreement, the Havyard companies, together with PowerCell and Linde, will design a hydrogen solution and take the first step towards certification. This solution will be offered to Havila Kystruten for equipping.

Ship it Zero coalition: Shipping companies should invest in zero-emissions technologies and fuels

The system is being designed in modules and can be installed both in newbuilds and retrofitted in existing ships. This aims to contribute to the development of large-scale ships that can sail with zero emissions over long distances, or significant emission cuts from vessels that use hybrid propulsion systems.