There are several variations related to ships sailing on high seas. Panamax vessels, Aframax vessels, and Suezmax vessels are some of the most prevalent types. But what do they mean and what kind of ships do they represent? Well, the answer is relatively easy, and it lies on the area that each ship caters.

The first Panamax vessel started operations back in 1914. As you can probably guess by its name, Panamax vessels cater in the region of Panama, and more specifically in the Panama Canal.

The size of Panamaxes are designed according to size regulations established by the Panama Canal Authority (ACP). The size is very important, as if it is not monitored during the ship’s construction, the vessel could face problems while sailing.

Another very important fact to consider about Panamaxes, is the dimension of the Panama Canal’s lock chambers. Namely, this part of the Panama Canal is very crucial for the ships’ entering and exiting the canal. Currently, the Maximum Authorized Draft for vessels transiting the Panamax locks is 11.73 meters (38.5 feet).

Basically, the evolution of Panamax ships, the Neo-Panamax vessels come to give a solution to size limitations. Namely, when the New Panamax project was launched in 2006, it called for the expansion of the lock chambers of the Panama Canal. This alteration to the locks was supported by the business community that uses the Panama Canal, and it is believed as a solution to the naval traffic problem.

As for the Neo-Panamax vessels, their measurements are around 1400 feet in length, 180 feet in width, and 60 feet in draft.

Operators are reminded that the Panama Canal Authority announced on Friday, May 3, its sixth reduction in draft for 2019, to a maximum 43 feet for the Neopanamax locks on Gatun Lake.

In addition, vessels arriving after May 2018, 2019, with drafts over the above-mentioned maximum drafts may be allowed to transit, depending on the actual level of Gatun Lake at the time of transit. Otherwise, they will be required to trim or off-load cargo in order to be allowed to transit.

Moving from a famous canal to another one, Suezmax vessels were named by the Suez Canal. They are medium to large-sized ships, featuring a deadweight tonnage (DWT) of around 120,000 and 200,000.

These ships are the biggest that comply with the restrictions of the Suez Canal, and are also able to transit the canal in a laden condition.

However, Suezmax ships have limitations as well. As the Suez Canal has no locks, the main issues these ships face are the beam, draught, and length. Currently, Suez Canal’s depth allows for a maximum of 20.1 m of draught and 50 m of beam for ships. This means that some of fully laden supertankers will not be capable of transiting the canal. To do so, they must discharge part of their cargo to other tankers or to a pipeline terminal.

Finally, because of their design and size, a large number of ports globally can accommodate Suezmax tankers. 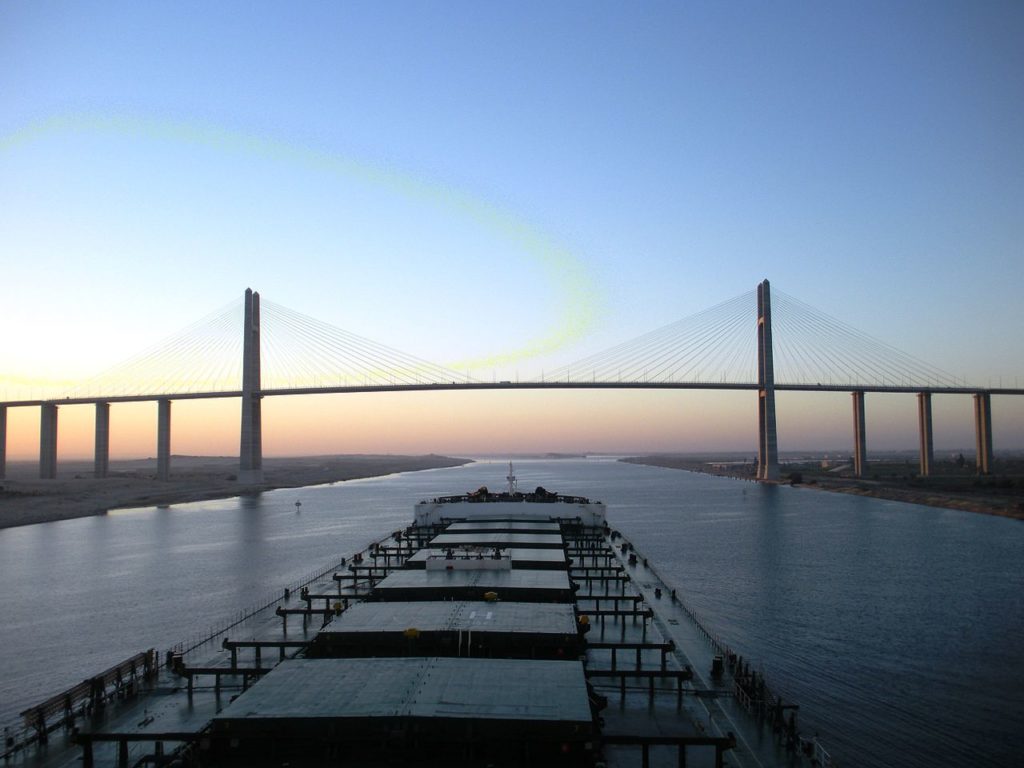 The imposition of size constraints when large oil tankers entered sea-routes highly prone to traffic created the need for the creation of Aframaxes.

These ships weigh around 1,20,000 DWT, and they generally sail in the European waters of the Black Sea. They can also be spotted as cargo containers in the Caribbean Sea, North Sea and the Mediterranean Sea.

Countries that export less oil than the Middle-Eastern countries mainly depend on Aframax tankers. This is due to the fact that oil exports from the Middle-Eastern are quite high and they use larger vessels to ship them. In addition, because of the usage of such heavy vessels, it is a common phenomenon for sea-routes to get blocked, thus making such tankers a great asset.