by The Editorial Team
in Connectivity, Maritime Knowledge 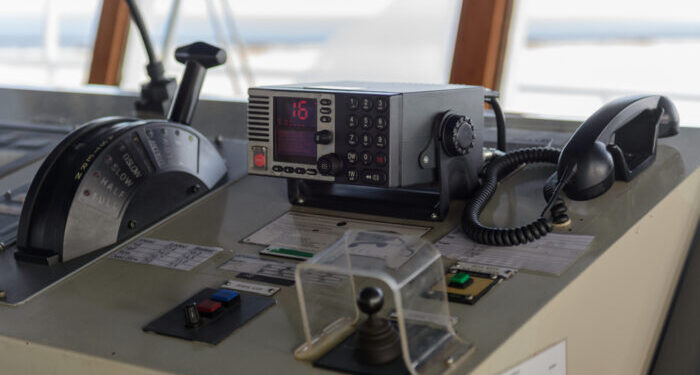 What would happen if an emergency took place onboard a ship in the 19th century? Probably the sailors would send a Morse code to indicate any kind of distress to the coast or nearby ships. As you can understand, such a message is not easy to decipher. Luckily, modern shipping has the Global Maritime Distress and Safety System (GMDSS) to rely on. Let’s take a look at its history and how it can be used.

The history of GMDSS

About 30 years after the first ever communications satellite was put into orbit, GMDSS rolled out in 1992. Despite not entirely replacing radio, GMDSS attempted to put satellite technology at the heart of safety communications system for maritime.

GMDSS is now an international system which uses land-based and satellite technology, aiming to ensure rapid, automated, alerting of shore based communication and rescue authorities, in addition to ships in the immediate vicinity, in the event of a marine distress.

GMDSS and its uses

Under GMDSS, all ocean-going passenger ships and cargo ships of 300gt and above conducting international voyages must be equipped with radio equipment that complies with international standards. It includes 5 key elements:

For the purpose of GMDSS, four operational zones have been identified, based on distance from shore and in range of different communication systems.

These areas mean that ships operating exclusively within about 35 nautical miles from the shore may be able to carry only equipment for VHF-DSC communications. Ships that go beyond this distance, up to about 150 to 400 nautical miles from shore, should carry both VHF-DSC and MF-DSC equipment, while those operating further from the shore but within the footprints of the Inmarsat satellites should also carry approved Inmarsat terminal(s).

At the beginning of GMDSS, Inmarsat C was the preferred option and minimum requirement where satellite services were mandated. Currently, compliant services include Inmarsat B, Inmarsat C, Mini C and Fleet 77.

Operators should bare in mind that GMDSS regulations define three methods of ensuring availability of GMDSS equipment at sea:

Ships on voyages in sea areas A1 and A2 must use at least one of these three maintenance methods, or a combination as may be approved by their administration.

Ships conducting operations on voyages in sea areas A3 and A4 must use at least two of the methods outlined . The lower requirement for A1 and A2 areas recognises that being closer to shore, ships will have more opportunity to address problems.

The right handling of GMDSS equipment requires certified training. Namely, the General Operators Certificate (GOC) is obligatory in order for an officer to handle GMDSS equipment onboard the ship.

To obtain this GOC, operators attend a short course, which is then followed by an exam. This training regards Cadets who must be licensed Radio Operators, before operating all the equipment in tandem with the regulations laid out for GMDSS.

As for the GMDSS training, it lasts about 12 days. Over the period of the training, the officer is taught about the various aspects of GMDSS ranging from Radio Log to sending IMNARSAT messages and many other aspects which will be required.

A comprehensive review of GMDSS started in 2012. In March 2016, at the Navigation, Communications and Search and Rescue sub-committee’s third meeting (NCSR3), it was suggested that an agreed two-year modernisation plan should start. The plan would end in 2018, however the review will require changes to Chapters VI and V of SOLAS. This means that more time will be needed, and the plan is expected to be completed in 2024.

Recently, the IMO’s Sub-Committee on Navigation, Communications and Search and Rescue (NCSR), 7th session, concluded on January 24, and decided on many important issues, including the modernization of GMDSS.

During the session, the Sub-Committee continued reviewing the GMDSS requirements, aiming to enable the use of modern communication systems in the GMDSS, while removing requirements to carry obsolete systems.

Moreover, the meeting saw progress on revision of the relevant regulations in SOLAS chapters III and IV and preparing consequential amendments to other instruments.

An updated work plan was approved, which includes the categorization and prioritization for the review of other instruments related to the amendments to SOLAS chapters III and IV.

Overall, the goal of the session is to finalize the work by 2021, so that it can be submitted to the MSC and then the amendments to be adopted in time for entry into force in 2024.

GMDSS is a vital tool for ships in case of emergency, and has definitely saved many lives. Of course, in order to provide its full potential, the right training is necessary, as well as its regular review and update in order to keep up with the latest technological advancements.