Following the implementation of the 2020 sulphur cap on January 1st 2020, a study launched focuses on the importance of new investments into new fuel production, supply chains and a new or retrofitted fleet to achieve the decarbonization in the next three decades.

The importance of investments

Specifically, the study conducted by University Maritime Advisory Services (UMAS) and Energy Transitions Commission (ETC) for the Getting to Zero Coalition highlights that at least $1 trillion of capital investment in land-based and ship-related infrastructure is required to halve international shipping’s greenhouse gas emissions by 2050.

Additionally, between 2030 and 2050, the industry must invest in reducing carbon emissions from shipping by at least 50%, which is measured in about USD 1-1.4 trillion, or on average between USD 50- 70 billion annually for 20 years.

This estimate should be seen in the context of annual global investments in energy, which in 2018 amounted to USD 1.85 trillion.

Yet, under the possibility that the industry was to fully decarbonize by 2050, this would require additional investments of about USD 400 billion over 20 years, making the total investments needed between USD 1.4-1.9 trillion dollars.

Under different assumptions, hydrogen, synthetic methanol, or other fuels may displace ammonia’s projected dominance, but the magnitude of investments needed will not significantly change for these other fuels. 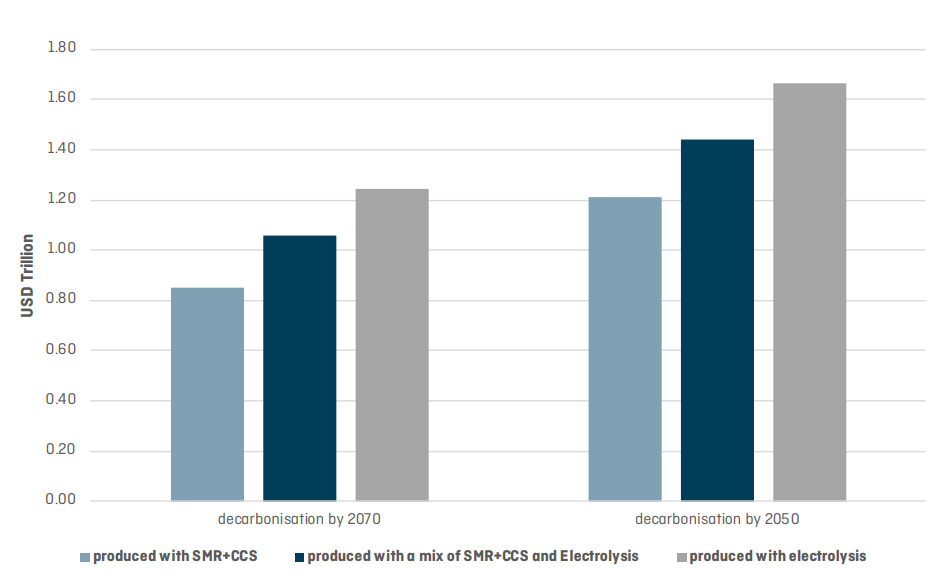 The graph above presents the modelled capital investment needed for two different situations of decarbonization:

IMO's Symposium on 'IMO 2020 and Alternative fuels', in October 2019, noted that ammonia and hydrogen are promising potential fuels of the future in a decarbonized shipping industry.

Need for investment: upstream in energy and fuel production

In the meantime, the study addresses that investment needs can be divided in two main categories:

The majority of the share is needed in the land-based infrastructure and production facilities for low carbon fuels, which make up around 87% of the total investment.

Only 13% of the investments needed are related to the ships themselves. These investments include the machinery and onboard storage required for a ship to run on ammonia both in newbuild ships and, in some cases, for retrofits. Ship-related investments also include investments in improving energy efficiency, which are estimated to be higher due to the higher fuel costs of ammonia compared to traditional marine fuels. 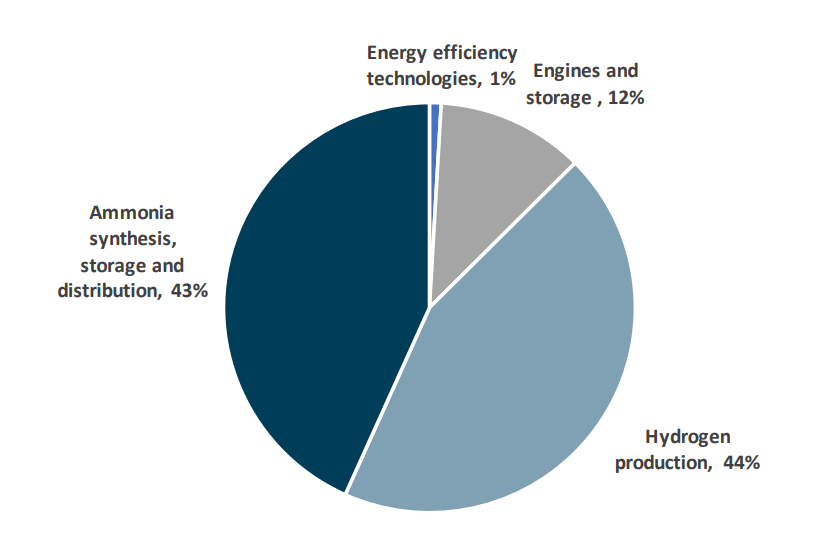 The investments rely on the production of low/zero carbon hydrogen, which can either be produced from natural gas using steam methane reformation (SMR) combined with carbon capture and storage (blue hydrogen) or from renewable electricity and water through electrolysis (green hydrogen).

The competitiveness between the two options is based on investment costs and the prices of electricity and natural gas and will be significantly influenced by technology development and policy choice.

Referring to the study, Johannah Christensen, Managing Director, Head of Projects & Programmes at the Global Maritime Forum, a partner of the Getting to Zero Coalition commented that

The investment needed should be seen in the context of global investments in energy, which in 2018 amounted to $1.85 trillion. This illustrates that shipping’s green transition is considerable, but certainly within reach if the right policy measures are put in place.

Also, the development of technologies will result to decrease of CCS costs, while acceleration of cost reductions for CCS would allow for a competitive marketplace between green and blue hydrogen, likely influenced by contextual geography and policy. 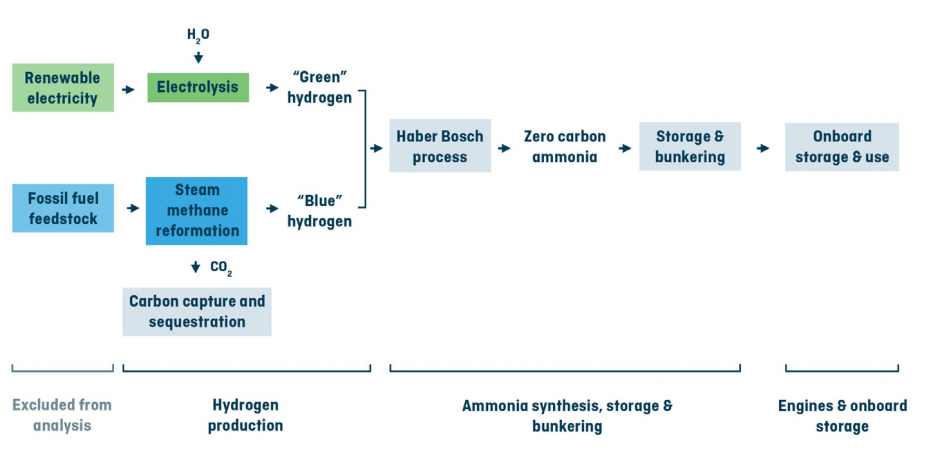 #1 The reduce of overall costs of decarbonization can be achieved in the upstream production of fuels, making urgent the need to involve stakeholders across the full fuel value chain to make the transition possible in the most economically efficient manner.

#2 Hydrogen and ammonia have multiple applications in today’s economy and likely increasing roles in the global economy across energy storage, low carbon heat, transport fuels and, in the case of ammonia, as a key input in the production of fertilizer. This means that investments in hydrogen and ammonia production can serve other purposes than supplying fuels for shipping, which can create synergies and reduce the investment risk, especially in the early phase of the transition.

#3 the significant investments needed to decarbonize shipping can only be expected to happen if there is a long term commercially viable business case. Technological developments alone – although very important – are not expected to be enough to create such a business case as the costs of zero emissions fuels are expected to be significantly higher than traditional fossil fuels used in shipping in the coming decades. 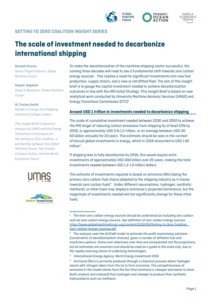