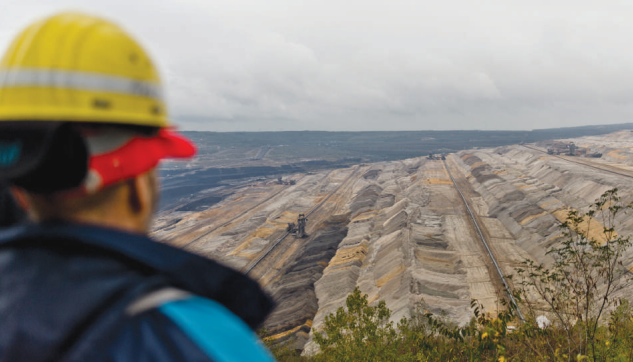 The report was produced by leading research organizations, including the Stockholm Environment Institute (SEI), International Institute for Sustainable Development, Overseas Development Institute, CICERO Centre for International Climate and Environmental Research, Climate Analytics, and UNEP, and more than 50 researchers from numerous universities and research organizations contributed to the analysis and review.

Michael Lazarus, a lead author on the report and the director of Stockholm Environment Institute’s US Center, highlighted that

This report shows, for the first time, just how big the disconnect is between Paris temperature goals and countries’ plans and policies for coal, oil, and gas production. It also shares solutions, suggesting ways to help close this gap through domestic policies and international cooperation.

The report in particular, uses publicly available data in order to estimate the difference between what countries are planning and what would be consistent with 1.5°C and 2°C estimates, based on scenarios from the recent Intergovernmental Panel on Climate Change (IPCC) Special Report on Global Warming of 1.5°C.

In fact, researchers report that 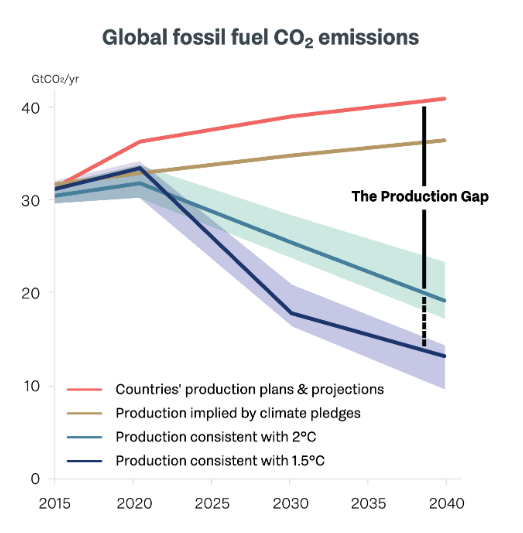 Also, “oil and gas are also on track to exceed carbon budgets, as countries continue to invest in fossil fuel infrastructure that “locks in” oil and gas use. The effects of this lock-in widen the production gap over time, until countries are producing 43% (36 million barrels per day) more oil and 47% (1,800 billion cubic meters) more gas by 2040 than would be consistent with a 2°C pathway.”

Notably, the report adds that

this overinvestment in coal, oil, and gas supply locks in fossil fuel infrastructure that will make emissions reductions harder to achieve.

It is suggested that the global production gap is even larger than the already-significant global emissions gap, mostly due to minimal policy attention on curbing fossil fuel production, and even though many governments aim to lower their emission levels, they are indicating the opposite when it comes to fossil fuel production; with plans and projections for expansion, hampering the collective ability of countries to meet global climate goals, and further widening both the production and the emissions gap.

What is more, governments seem to support production in numerous ways; as they not only play a central role in the permitting the exploration and production, but they also support the fossil fuel industry through direct investments, research and development funding, tax expenditures, and assumed liability and risk.

Whatsoever, several governments have adopted policies to restrict fossil fuel production in order to further fulfill their climate pledges under the Paris Agreement. “Though most countries focus exclusively on the “demand side” — with policies that aim to boost renewable energy, energy efficiency, and other low-carbon technologies — some governments have also begun to enact “supply-side” measures that aim to limit fossil fuel production,” the report underlines. 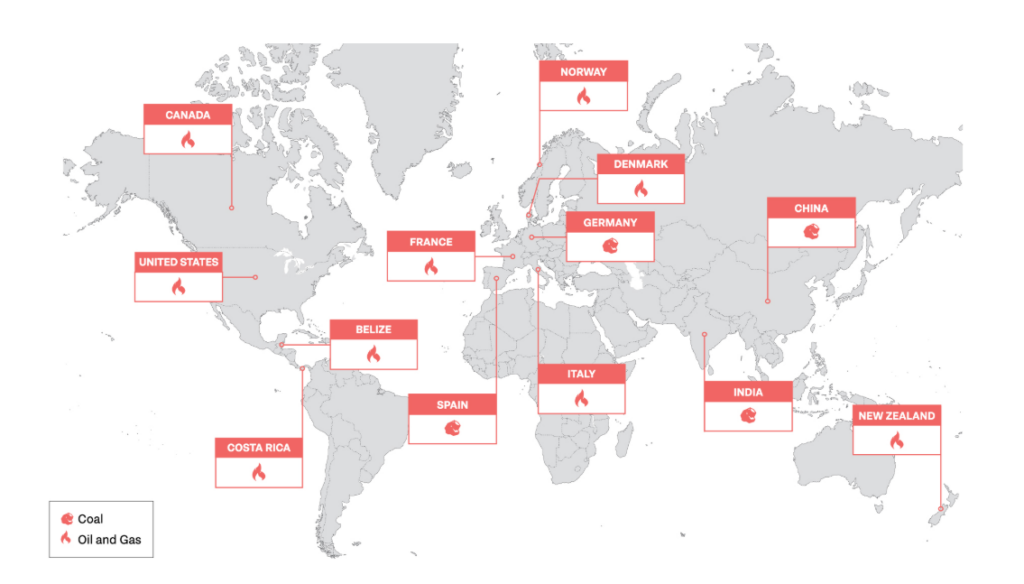 Namely, the governments of Belize, Costa Rica, France, Denmark, and New Zealand have all enacted partial or total bans or moratoria on oil and gas exploration and extraction, while Germany and Spain are phasing out coal extraction.

All in all, main findings include that

In 2016, and just one day before the Paris Climate Agreement came into force, the UN Environment Programme released its annual Emissions Gap report revealing that the world was still heading for temperature rise of  2.9 to 3.4oC this century. UNEP said that the world must urgently and dramatically increase its ambition to cut roughly a further quarter off predicted 2030 global greenhouse emissions and have any chance of minimizing dangerous climate change.

Specifically, the report found that 2030 emissions were expected to reach 54 to 56 gigatonnes of carbon dioxide equivalent - far above the level of 42 needed to have a chance of limiting global warming to 2oC this century. One gigatonne is roughly equivalent to the emissions generated by transport in the European Union (including aviation) over a year.

More recently, in November, the Carbon Tracker Initiative launched a report according to which in order to "deflate" the carbon and protect investors, oil and gas companies have to shrink, meaning that they have to combine their production by more than a third by 2040 to limit emissions, in line with the international climate targets.

Overall, the international climate targets aim to a zero-carbon shipping future and a more green and sustainable environment. The Paris Agreement states that nations have to limit warming to “well below” 2ºC and “pursue efforts” for 1.5ºC. For a 50% chance of success, carbon budgets for 1.5ºC and 1.75ºC, irrespective of the trajectory taken, equate to 13 and 24 years at current CO2 emissions levels.

To explore more about the The Production Gap Report 2019, you can click on the PDF bellow. 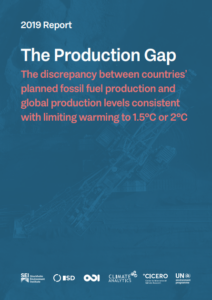