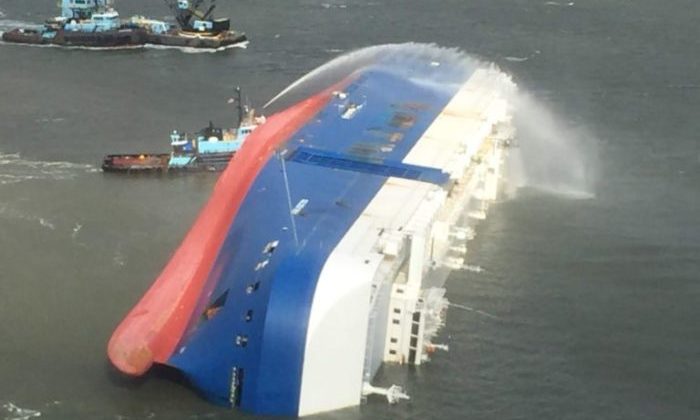 Fire broke out on the wreck of the ro-ro Golden Ray in St. Simons Sound on January 19. When the fire started contractors were contacting welding operations inside the ship.

Luckily, the fire was contained within the hull and was quickly put out by the contractor's fireboat.

According to The Brunswick News report, the car carrier Golden Ray was grounded after the pilot aboard, Captain Jonathan Tennant, deliberately took it out of the channel and contributed to the best possible outcome for the incident.

Captain John Cameron, a spokesman of the Brunswick Bar Harbor Pilots' Association, stated that he believes Tennant's mannerisms would have contributed to the best possible outcome for the incident and that he is proud of Tennant's leadership during the rescue of the crew.

However, last November the U.S. Coast Guard told local leaders that the wreck of the capsized PCTC Golden Ray may take more than a year to remove from St. Simons Sound, Georgia.

Until now, more than 315,000 gallons of fuel have been removed from the vessel. Nevertheless, according to Capt. Baer, an indefinite amount has entered the marine environment, as oil has been found along 29 miles of nearby shoreline, including areas where extremely small quantities of fuel have been found. It is lastly said that the Unified Command is regularly conducting spill response drills in order to be prepared in the event of a further release.