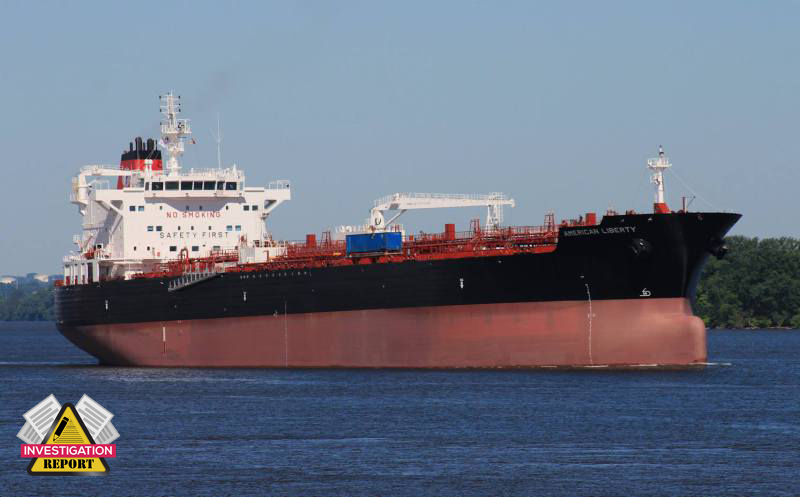 NTSB issued an investigation report on the contact of the tanker American Liberty with multiple vessels, including the Don D, African Griffon, Ever Grace, and multiple hopper barges, in Lower Mississippi River in May 2019. The investigation highlighted poor bridge resource management and miscommunication between the pilot and the master as key causes of the accident.

On May 16, 2019, at 2042 local time, the fully laden product tanker American Liberty got underway with a pilot on the Lower Mississippi River, at mile 140.2 near Reserve, Louisiana, when the bridge team lost control of the vessel in the fast current, and made contact with moored vessels, barges, and wharfs along the left descending bank from miles 139.5 to 138.7 as it moved down river.

There were four injuries as a result, including one serious. There was no pollution, but a $40.5 million in damages to the vessels, barges, and terminals was reported.

​The National Transportation Safety Board determines that the probable cause of the contact of the tank vessel American Liberty and multiple vessels, barges, and wharfs was poor bridge resource management and miscommunication between the pilot and the master, which led to the bridge team’s delay in carrying out an engine order and caused a delay in the vessel attaining sufficient speed to conduct an undocking maneuver in high river conditions. Contributing to the accident was the decision to release the assisting tugs before the undocking maneuver was completed.

At 2035:09, the pilot ordered the engine “bring her up to slow…whenever you can”— the first of the pilot’s orders that deviated from the standard commands. The master’s response, “…yeah we’re probably going to need a little while especially…with the current,” compounded the ambiguous order by adding his explanation of why it would take longer instead of a standard execution of moving the EOT from dead slow ahead to slow ahead. At 2036:38, with the slow ahead not having the desired effect, the pilot gave a second order to “give me whatever you can give me cap…you want to start shoving on it and get a little speed here.”

When the pilot attached a caveat to the slow ahead order (“whenever you can”), it allowed the captain his own interpretation of how he could execute the order. The pilot’s subsequent order indicated that he needed more speed than he was getting, but the master, based on the first qualifier of “whenever you can,” was bringing the engine up slower.

The pilot’s situation awareness was further diminished when the master changed the EOT four times without informing him, so he continued to give engine orders without knowing what the EOT was set at.

A pilot cannot be expected to successfully maneuver a vessel if their orders are not being followed or contrary orders are being executed without their knowledge.

The pilot and the bridge team should share the same mental model for the maneuver and fully understand the planned tasks. Communications should be open, involve discussion of the intended maneuvers, and should continue throughout the evolution. Clear orders and commands should be acknowledged and carried out promptly.

Good communication amongst a bridge team is key to successful BRM. Brief standard messages are used by many marine operators. Inaccurate, incomplete, or ambiguous messages are a common cause of major accidents. Crew members should acknowledge and repeat orders to ensure that the orders were understood and are responsible for responding to the conn to clarify misunderstood commands. 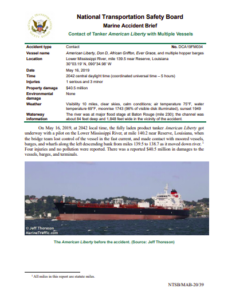