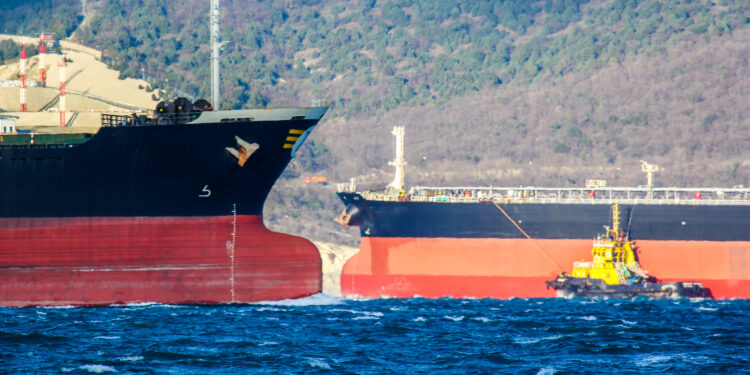 Poor communication has been a main contributing factor in numerous maritime casualties, varying from groundings and collisions to entire ship losses and even worse, fatalities. We picked three accidents from the years 2018 and 2019 to create a better understanding of how this simple-to-hear factor can be vital to a ship’s safety.

Case #1: Lack of coordination between Master and Pilot led to contact with pier

The 329-meter-long cruise ship was to dock at pier when its port bow contacted two of the pier’s mooring dolphins. None of the 6,023 persons onboard was injured, but damage to the mooring dolphins and connecting catwalks was estimated at $3.5 million, and damage to the vessel at $200,000.

There is quite a lot of information pilots and Master need to exchange: They should exchange information about Pilot’s intentions, the probable use of tugs and mooring boats and agree the working language. The Master should not hesitate to discuss with the pilot any aspects of the pilotage or the pilot’s advice, which may cause them concern. If he or she deems it necessary, he/she has the authority to request Maritime Pilot’s replacement.  Respectively, the Marine Pilot has the right to refuse to conduct a pilotage if he/she believes that the vessel may be a danger to safe navigation.

An LNG carrier collided with a VLCC in a channel off Fujairah, UAE. The vessels established contact over the VHF radio and mutually agreed on a suitable course of action. The LNG carrier conveyed to VLCC that it would take a round turn to starboard in order to allow it time to leave the anchorage areas; while the latter conveyed that it would be altering its course to port in order to leave the anchorage areas.

Shortly after, the two vessels commenced their respective actions. Meanwhile, another vessel, which had just left the anchorage areas, was observed crossing ahead of VLCC at a close range.

As such, the VLCC altered course from the one conveyed to the LNG carrier; thereby setting the two vessels on a collision course within a short span of time.

As a result, the hulls of both vessels were breached below the waterline, with the VLCC sustaining extensive damages.

The safety investigation concluded that the immediate cause of the collision was communication between the two vessels over the VHF radio, which continued even when a close-quarter situation had developed, thus reducing the possibility of timely and effective corrective action until the collision occurred.

Communication over the VHF radio can considerably increase the risk of a close-quarter situation.

Although communication is vital to overall efficiency of any operations, the use of VHF radio for collision avoidance could be dangerous if too much time is spent communicating with other vessels instead of actually taking avoiding action. It is on the mariner’s experience to measure the difference and emphasize the hazards involved.

Meanwhile, important messages in the VHF communication could be either interrupted or not received clearly due to busy radio traffic.

A container ship was rounding the final bend in the channel before reaching its berth, when it deviated from the planned track in the centre of the channel, and ground on the left channel bank.

Nobody was injured and damage to the ship was confined to scraping of the paintwork on the hull.

The investigation found that the standard of bridge resource management on the ship bridge fell short of industry good practice for both planning and executing the passage under pilotage.

Namely, as the ship made the turn to port, the pilot gave a succession of large helm orders to port. As the ship responded to the port rudder, the deviation left of the planned track increased, causing the off-track alert on the ECDIS to activate. The ECDIS log recorded that the off-track alert had activated and that a member of the bridge team had acknowledged it. However, the information was not passed on to the other members of the bridge team.

There must be an absolute agreement and shared understanding between the vessel’s bridge team and the pilot as to the passage plan and monitoring against that plan.

Vessels’ bridge teams must actively promote and use the concept of bridge resource management, including the incorporation of pilots into the bridge teams, to manage voyages properly.

The fundamental principal of a proper Bridge Resource Management (BRM) is that vessel navigation and operation is not one-man show.

By sharing information through good communication, members of the bridge team can support situational awareness and ensure that everybody knows what is happening.