Leadership is a marathon, not a sprint

Millennials have begun filling leadership roles in workplaces but faced with some common challenges like situations that test their skills, mindset but also their patience and consistency. Many of them strive to deliver performance, while others just enjoy the director’s position and sadly destroy their team’s performance. But what separates the first from the latter? Certainly, the way they handle daily challenges at workplace!

“The function of leadership is to produce more leaders, not more followers.” - Ralph Nader an American political activist, author, lecturer.

Read in this series:

I strongly believe that we need more leaders. To put it simply we need more good leaders! Besides, a lot of what makes a team successful depends on the leadership at the top. Being a strong supporter of the idea that poor leadership can block teams that aim to flourish, I here discuss a few valuable points to avoid poor leadership by describing the life of a CEO in a three-step process; setting the goals direction; communicate often and briefly; be inspiring and inspired.

Being a leader without a goal or destination is like being a captain sailing without a navigation plan.

Having a direction always helps confirm that you are on track but also keeping your personnel abreast of those goals over time is maybe the most important task a leader must serve. It has to do with increasing delegation, praising, encouraging and recognizing your people. Interestingly, the Path-Goal model argues that the directive path-goal leader behavior has the most positive effect when the subordinates' role and task demands are ambiguous and intrinsically satisfying.

In general, different types of leadership behavior depending on the nature and the demands of a particular situation, generate different goal directions. The original path-goal theory identifies three more leader behaviors, equally important.

On the other hand, tyrannical leadership styles usually lack a destination and they lead to low self-esteem and performance as they eat away team cohesiveness, increase stress and helplessness, and create a feeling of work alienation, according to “Petty Tyranny in Organizations,” an intertemporal paper written nearly a quarter century ago by psychologist Blake Ashforth, who is now an Arizona State University professor.

Most of my day is spent communicating. You will find many leaders out there communicating their employees on how to get the loads of work done, how to set a successful meeting or even how to hand in a gorgeous power point. But rarely, they will communicate how to use their voice and body more effectively or acknowledge their failures. For me such things need to be communicated. For instance, turning mistakes into catalysts for change is of great importance within a team, as acknowledgement of failure provides an opportunity and a space for colleagues to encourage and inspire each other. In other words, it is the power of experimentation that can lead to exponential growth!

3. Be Inspiring and Inspired

That said, your employees use to move from being inspired to being genuinely ticked off if you communicate long. Talking about inspiration, leadership, at its core, is all about power and inspiration. “Bad leaders” use their power to get things done instead of using them to benefit others. However, leaders who deliver performance, use their power mindfully and vigilantly by embodying leadership presence, cultivating focus, clarity, creativity and compassion in the service of others.

Part of the inspiration process is also receiving inspiration by others. I would say that receiving inspiration is directly linked with embracing learnability, which in today’s disruptive workplaces is of utmost importance. Leaders should be able to unlearn, learn and relearn soft or technical skills, be inspired, be open-minded and flexible, gain cultural interest and sensitivity, deal with complexity, be resilient, resourceful, optimistic while embrace integrity as well.

Leaders should be able to unlearn, learn and relearn skills, be inspired, be open-minded and flexible. 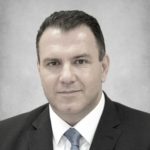 Apo Belokas is a Maritime Safety, Quality & Environmental Expert, Consultant, Trainer and Project Manager with more than 25 years background in shipping as Technical, Marine, Safety & Training Superintendent and Consultant. He entered the industry back in 1992 as Engineering Superintendent with a leading ship manager operating a mixed fleet of bulk and oil/chemical tankers and later shifted to regulatory compliance and QHSE issues as superintendent and later as a Consultant and Trainer. Apo has successfully completed a wide range of QHSE projects including 250+ management system projects (ISM/ISO 9001-14001-18001/TMSA/MLC), 500 vessel and office audits to various standards and he has trained more than 5,000 people in a wide variety of QHSE subjects. He is holding Mechanical Engineering Bachelor and Master’s specialising in Energy & Environment and Master’s Degrees in Maritime Business and Business Administration (MBA), all of them awarded with distinction. Apo is the Managing Director of SQE MARINE & SQE ACADEMY and he is also the Founder and Managing Editor of SAFETY4SEA.