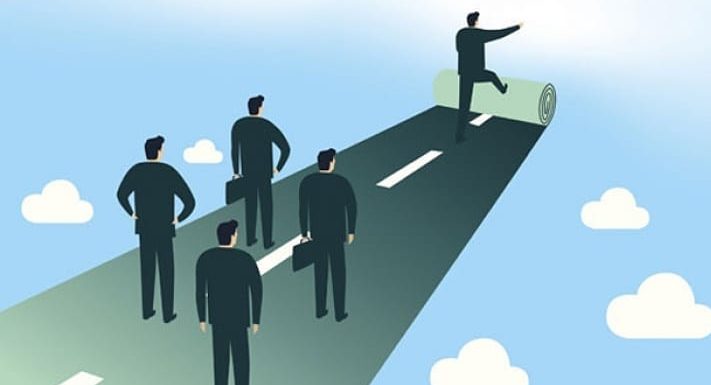 Do’s and Don’ts leaders should keep in mind

Leadership is one of the most critical components to overall effectiveness, either the effectiveness regards the safety of a ship at sea or the overall efficiency of a company on shore. But what exactly is leadership and what makes a proper leader? And which leadership model is effective when it comes to today’s complex environment?

In its original definition, leadership is about controlling people and dividing them into leaders and followers. But in today’s cognitive-oriented society, where services and the tertiary sector are at the top, traditional motives surrounding leadership must be re-assessed.

In his 2013 book “Turn the Ship around”, Captain Marquet, former Captain of the nuclear-powered submarine USS Santa Fe, describes how following the ‘traditional lines’ of a leader could not address the crew’s poor performance: Giving an impossible order, he was surprised to find out that the crew would realize it anyway without questioning it.

This made him write for a radical transition from the conventional leadership to a new model of ‘giving control’, in full contrast with traditional military principles.

In the same context, other current approaches on leadership see the well-established culture of ‘one leads-the others follow’ being gradually replaced by a new system where everyone is equally engaged and fully committed to solving issues and making decisions.

Taking into consideration the new model described in Captain Marquet’s book, let’s see what leaders of today should do and avoid in a bid to make the most of their teams!

Read in this series:

-Give orders and leave room for questioning instead of giving resolute orders: Giving orders is sometimes inevitable for the effectiveness of the work outcome. However, this can be more difficult than it sounds: Crews or employees must feel respected and must be able to understand the orders, for this effectiveness to be achieved. This is where the need for efficient communication enters the game. Listening is an integral part of communication. Great leaders should be great minds and great minds always leave some space for a productive feedback and an open discussion.

Leadership is a way of thinking, a way of acting and, most importantly, a way of communicating.

-Give control instead of taking control: No good result has ever been achieved by a lone person controlling everything. The profit of sharing control is that organizations become significantly more resilient when they do not rely on the designated leader always being right. As Roosevelt said, a boss drives but a leader leads.

-Have conversations instead of having meetings: This is another integral part of proper communication. Short conversations are opportunities for the crews or employees to get early feedback on how they were tackling problems. This allowed them to retain control of the solution. On the other hand, having meetings is stressful and creates pressure to the participants.

-Focus on people instead of focusing on systems: People are the A and Z of any experience. Satisfied employees are the key pillar for satisfied customers and focusing solely in numbers is the recipe for disaster. When companies focus on people, their people – employees first, then customers – the numbers will follow.

-Think long-term instead of thinking short term: Famous leaders of the world, from Elon Musk to Steve Jobs, are known for emphasizing on long-term visions as the key of their organization’s success. Focusing short-term is like constantly chasing time and confuses employees, while long-term thinking helps a more spherical appreciation of the situation and better planning and investment.

-Want not to be missed after you depart: The secret ingredient success of a good leader is to inspire knowledge and build a relationship of confidence with the rest of the team. You don’t have to be there 24 hours a day to make things work, the success is the team to achieve results even when the leader is not ‘there’. Remember: Leadership is a marathon, not a sprint.

-Have low repetition & high-quality training instead of having too many low-quality trainings: Providing subsequent training triggers fatigue and boredom, impeding motivation and overall production.

-Be curious, instead of questioning: In the age of smartphone, the answer to any question may be only one Google away. But this is not the point. Leaders don’t need to know everything to be leaders, but they do need to never stop being curious about the constant changes around. “I have no special talent. I am only passionately curious,” Einstein once told, and we have nothing else to add.

-Eliminate processes that don’t add value instead of making inefficient processes efficient: Eliminating wasteful activities is one of the most important prerequisites for building something successful increasing profitability, as a key part of the Lean management concept, which seeks to support the concept of continuous improvement, by continuously improving all work processes and by minimizing all waste in the business processes.

-Reduce instead of increasing monitoring and inspection points: This comes in line with the aforementioned building of trust and confidence. When the leader has established a relationship of mutual understanding and appreciation with the team, the need for “monitoring” becomes secondary.

The above advice could apply to every organization as well as to ships and shipping organizations. Every business should sheds focus on creating a workplace which engages all people, where everyone is taking responsibility for their actions and everyone feels motivated. And respectively, every leader can add these ideas in their leadership toolbox to promote motivated people in healthy working environments.

Research has identified leadership style strengths based on gender. For example, women leaders are considered to be more people-oriented from task-oriented men leaders. Female leaders are also seen as more organized, open in communication and paying attention to details. On the other hand, men are considered more dominant, direct and result driven.

Women in leadership positions is a major field on the global fight to equality. Although an estimated 47% of the total labor force consists of women, a recent review of S&P 500 companies revealed that women hold less than 5% of CEO positions.