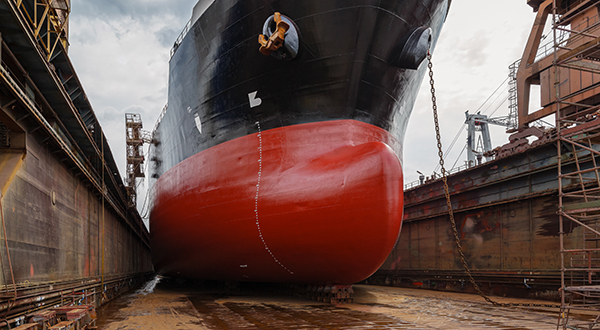 The previous article of our “Emergency Procedures” series focused on the necessary actions to be taken in the case of damages caused by heavy weather. This time, we will focus on the steps that should be taken, when a vessel experiences hull failure.  Though not very common, many marine accidents involve failure of the ship hull!

A hull failure is a failure in the main body of the vessel which protect her inside from water ingress or structural damage. A failure in vessel’s hull may lead to bigger damages, this is why immediate actions are needed as soon as it’s discovered. A loss of hull’s integrity may be caused by corrosion of vessel’s hull, or by fracture due to overload or as a result of an accident such as collision, contact or grounding. Unusual collection of water on deck, sudden changes of heel or trim and slowage of vessel’s roll period are warnings for a possible breach of hull envelope.

In December of 2011, a large container vessel was on passage in the Pacific Ocean, when it was noticed that the fuel oil was contaminated with water. Hull damage was suspected in way of a starboard fuel tank. The fuel was transferred to another tank and it was noted that water then entered the tank. On arrival at the next port divers undertook temporary repairs to Class satisfaction to enable the vessel to remain in service subject to completing permanent repairs by July 2012. The owner suspected that the damage had occurred during a transit of a major canal system but was unable to verify this.

How can a hull failure be detected

Actions to be taken in the case of hull failure

SQE Marine has prepared a detailed checklist aiming to provide the necessary steps required, in case of a hull failure.