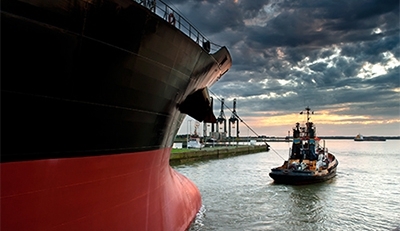 Besides the transport of another ship which is generally devoid of its own motive power, tugs/ towboats are also used during port operations assisting in safe berthing and unberthing operations. The work of tugboat pilots and crews is important but also challenging enough. Which are, therefore, the necessary preventive actions to be followed, in case of towing?

Avoiding the planning of the towing can make towing operations dangerous; there are three main things to consider prior towing though:

A crude oil tanker was programmed to sail from Immingham port. Two pilots boarded, and three tugs were in attendance at the time. There was an exchange of information and an unberthing plan was agreed. The first two tugs were secured and the third tug was standing by to push on until clear of the jetty. All lines were secured and clear of the water. The fore and aft tugs lifted the vessel clear of the jetty and the pilot moved into the wheelhouse to monitor the radar for clearance of other jetties and buoys. When the vessel was 0.06 mile clear of the jetty the forward tug was ordered to pull full. Once the vessel was clear of the jetty the main engine was put half astern to move the pivot point aft, making it easier for the tugs to turn the vessel. Once turned, the engine was put ahead and speed increased. A speed of 3 knots had been reached when the pilot ordered the forward tug to be slipped. The pilot then ordered slow ahead on the engine. The tug called on VHF and said that the vessel was proceeding too fast and that he was positioned right under the starboard bow – speed was now 5 knots. The pilot reduced the speed and the tug was slipped and clear. There had been no report to the pilot of any incident with the tug. Later, the tug called the pilot and reported an injured crewman and damage to the tug’s hull. The forward’s tugs skipper had positioned his vessel under the bow of the tanker and wanted the pilot to confirm that the gear was about to be slipped. However, with the speed increasing on a flood tide, the tug was finding it difficult to maintain directional stability. The forward tug began to swing to starboard. Using full rudder and full power the skipper could not stop the swing to starboard and he collided with the bulbous bow of the vessel causing a split in the port side shell plating above waterline. An inspection revealed no water ingress. The tug was lying alongside the starboard bow of the tanker still waiting for the gear to be slipped, which it was shortly afterwards. The tug cleared from alongside the vessel and returned to Immingham and inspected the damage.

Actions to be taken in case of towing

SQE Marine has prepared a detailed checklist aiming to inform about the necessary actions to be followed, in case of towing.