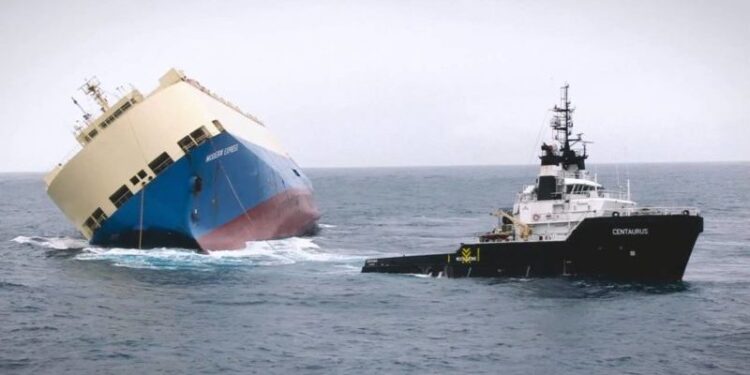 Marine salvage: the process of rescuing a vessel, her crew and cargo from hazard and danger at sea. It is of high priority to do everything possible to prevent marine pollution and other environmental catastrophes and it is, therefore, important for ship owners to have basic knowledge of marine salvage and insurance rights, because it is fundamental to protect the vessel, crew, cargo and environment at sea.

There are several types of salvage, such as

Checking the emergency equipment on board: 9 key practices

A bulk carrier departed from Gdansk, Poland on June of 2006, en route to El Dekheila, Egypt. It was loaded with a cargo of 74,389mt of Polish coking coal. The vessel had a mean draft of 14.31m. From the time of departure until some hours later, the weather and the visibility were good. The master requested to be called when the vessel will reach a specific position. He then left the bridge. At 15:30 (local time), the vessel reached the indicated position and the master was called on bridge. At 15:55, the master noted that the autopilot was applying port rudder and that the engine revolutions started to drop, so he instructed the helmsman to change from auto to manual steering and to put the wheel to starboard. The vessel continued to move to port side for a while and then it stopped completely. The master realized that the vessel had run aground. No water ingress was reported, and the master attempted to refloat the ship, without success. The relevant authorities were notified, a salvage company was contracted, and a salvage plan was drawn up. Four days later, the vessel was re-floated with the assistance of two tug-boats, and it was shifted to a safe anchorage. An underwater inspection showed that the vessel did not suffered any damages, the cargo was reloaded, and she continued her voyage the next day. The whole salvage operation based on Master’s immediate response and request for assistance, managing Company’s authorization to salvage company to conduct operations, saved the vessel protected the crew,cargo and environment as weather conditions changed to worst and the grounded position of the vessel was not safe or secured.

There are some actions needed to be taken by the responsible personnel, especially the master, in case the ship needs to be salvaged:

SQE Marine has prepared a detailed checklist aiming to inform about the necessary actions to be followed, in case of salvage of own ship.