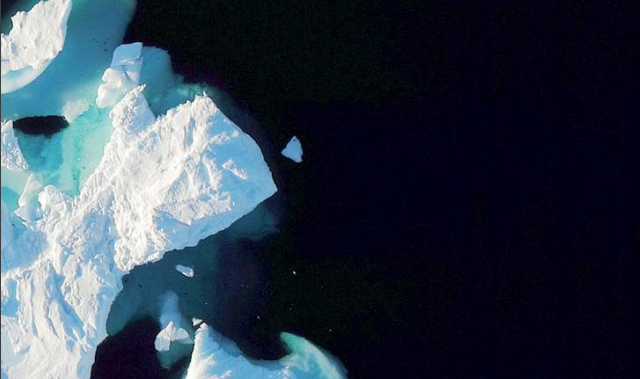 This is the first time in its 15-year history, that the environment is at the top of list of issues likely to have a major impact over the next decade, as a year of extreme weather events and growing evidence of global heating catapulted the climate emergency to the top of the list of issues worrying the world’s elite.

Børge Brende, the president of the World Economic Forum, highlighted that

The political landscape is polarized, sea levels are rising, and climate fires are burning. This is the year when world leaders must work with all sectors of society to repair and reinvigorate our systems of cooperation, not just for short-term benefit but for tackling our deep-rooted risks. 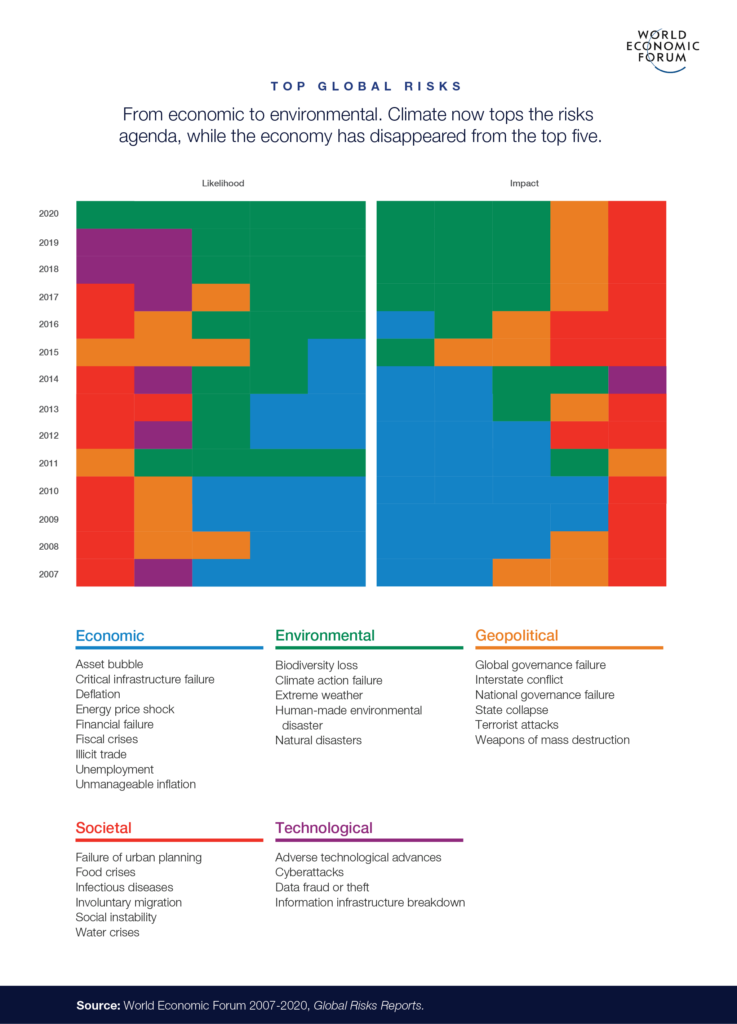 In fact, the top five risks in terms of likelihood in the next 10 years according to the report are: 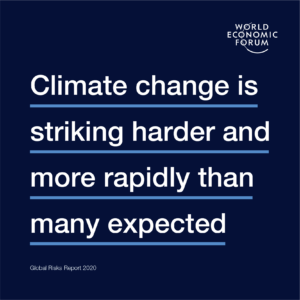 The report was released ahead of the WEF’s 50th annual meeting in Davos next week, which aspires to be a carbon-neutral event, focusing on Stakeholders for a Cohesive and Sustainable World, and comes after a month in which bushfires have raged out of control in Australia.

John Drzik, the Chairman of Marsh & McLennan Insights, which helped to compile the report, highlighted that businesses had to step up their action on global heating, saying that "High-profile events, like recent bushfires in Australia and California, are adding pressure on companies to take action on climate risk at a time when they also face greater geopolitical and cyber risk challenges."

The Chairman added that

There is mounting pressure on companies from investors, regulators, customers, and employees to demonstrate their resilience to rising climate volatility. Scientific advances mean that climate risks can now be modelled with greater accuracy and incorporated into risk management and business plans.

Peter Giger, group chief risk officer of Zurich Insurance Group, which also collaborates in the preparation of the risks report, said it is now critical that companies and policymakers move faster to transition to a low carbon economy and more sustainable business models.

Last year, the report suggested that environmental issues were most likely to happen, as 5 of them were then making the top 10 risks. The risk list included:

To explore more about the 15th Annual Report, you can click on the PDF bellow. 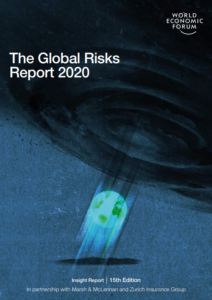