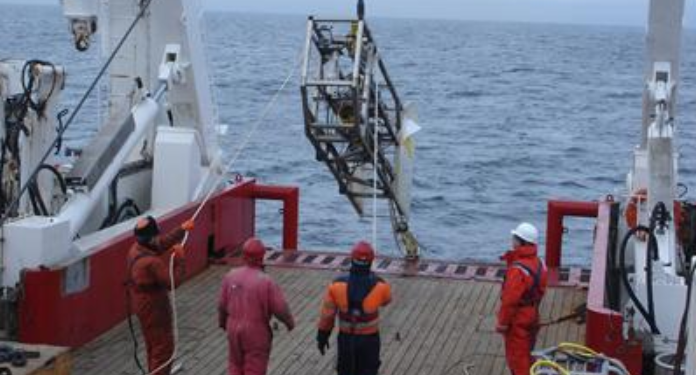 The University of Southampton launched a study presenting a number of sites in Europe which contain gas hydrate, including areas off the west coast of Greenland, around Svalbard, off central Norway and west of Ireland.

The study was led by Professor Tim Minshull of the University of Southampton, including a 31 strong-team from 14 countries.

Accordingly, the study highlights that the natural gas is stored in an ice-like form beneath the seabed, close to the edge of landmasses, under the deep seafloor. It is also stated that the gas hydrate, also called as “ice that burns”, may be the substitute of coal.

The study reports that hydrate can only exist in a stable form under the low-temperature, high-pressure conditions of the seabed. It’s molecular structure is a cage-like lattice of ice inside which are trapped molecules of methane, the chief constituent of natural gas.

When brought to the earth’s surface, one cubic meter of gas hydrate releases 164 cubic meters of natural gas.

We found that gas hydrate is particularly widespread around Svalbard, off Norway and in the Black Sea, but the hydrate systems have only been well investigated in a few areas, so there could be much still to discover.

Concluding, the authors of the study note that this inventory is of environmental value, explaining that if oceans warm, hydrate may naturally melt, releasing methane which could change the chemical balance of the oceans. Mapping where this might happen will help scientists monitor progress.