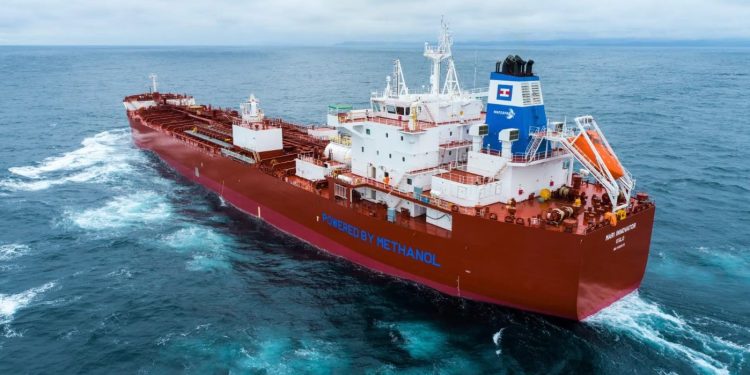 Waterfront Shipping, a subsidiary of Methanex, has entered into a time-charter agreement with Trafigura, for the latter to operate the the 2021-built methanol dual-fuel product tanker Mari Innovator.

Under the agreement, Trafigura will operate the co-owned Waterfront Shipping and Clean Sea medium-range product tanker, Mari Innovator, as part of its global network of vessels used in clean products trading routes.

As of today, Waterfront Shipping has 18 methanol dual-fuel vessels, with one additional vessel arriving by the spring of 2023, representing approximately 60% of its 30-vessel fleet.

During an earlier exclusive interview to SAFETY4SEA, Mr. Hexter, outlined key advantages of choosing methanol as as fuel, citing their experience and future projects and discussing why methanol is considered a cost-competitive marine fuel and the best choice in the battle of alternative fuels.

Moreover, Andrea Olivi, Head of Wet Freight for Trafigura added that the company is “advocating for industry-wide action on shipping emissions and investing in new technologies and vessels to help achieve a more sustainable shipping industry”.

As Andrea Olivi further explained, this development forms part of Trafigura’s efforts to explore how methanol technology can integrate with its fleet to achieve a carbon intensity reduction goal of 25% by 2030 across its chartering operation.

Continuing, Modi Mano, CEO at Clean Sea Transport, highlighted that the Mari Innovator is a third-generation dual-fuel vessel, that:

Offers a number of advantages to Trafigura including the flexibility to diversify fuel options or consume methanol for potential cost savings. It is equipped with the latest technological innovations and fuel consumption is particularly low for a medium-range tanker

Earlier this year, Georgios Plevrakis, ABS Vice President, Global Sustainability, had stated that methanol represents a promising fuel source for the global fleet, with practical benefits related to ease of storage and handling, tank to wake carbon intensity reduction, as well as a pathway to carbon neutrality through green methanol.

After an in-depth evaluation of the emerging fuels landscape and propulsion technology by ABS, Mr. Plevrakis believes that:

Methanol presents an immediate and promising solution with practical advantages in storage, handling and carbon intensity reduction potential which is gaining traction in the market. The further development of green methanol (e.g. electrolysis and biogenic carbon) provides a viable option for carbon neutral operations