The role of IMO in preventing pollution from shipping 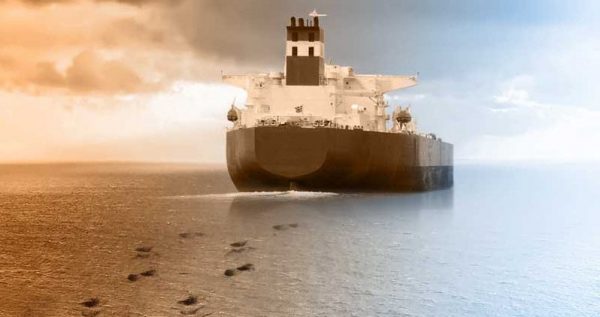 The United Nations issued an article dedicated to IMO’s role in establishing sustainable shipping with environmentally friendly measures. The article provides an overview of IMO’s work towards the sustainable use of the oceans.

UN article dates back to MARPOL, the landmark convention which addresses  not just pollution by oil from ships (covered in Annex I) but also noxious liquid substances, such as chemicals, carried in bulk (Annex II); harmful substances carried in packaged form (Annex III); sewage discharges into the sea (Annex IV); and the disposal at sea of ship-generated garbage (Annex V). Under Annex V, a general prohibition applies to discharging all garbage from ships, while discharging plastics is subject to a total, globally applicable ban. MARPOL has also established the Emission Control Areas (ECAs) for sulphur oxide and nitrogen oxide emissions,  a total of 19 Special Areas, that include enclosed or semi­-enclosed seas and Particularly Sensitive Sea Areas (PSSAs) which are subject to associated protective measures, such as mandatory ship-routeing systems.

Apart from MARPOL, IMO also actively addresses marine pollution from land-based sources, albeit indirectly, through the London Convention and Protocol regime which  also contributes to climate change mitigation by regulating for carbon capture and sequestration in subsea geological formations and providing regulations and guidance on how to assess proposals for marine geoengineering.

Furthermore, the GloBallast Partnerships Project (2007-2017), a joint initiative of GEF, the United Nations Development Programme (UNDP) and IMO, has been successful in assisting developing countries in reducing the transfer of potentially harmful aquatic organisms and pathogens in ships ballast water and implementing the IMO Ballast Water Management (BWM) Convention. The BWM Convention will enter into force in September 2017 and will require ships to manage their ballast water to avoid the transfer of harmful aquatic organisms and pathogens, and protect the marine environment, human health, property and resources.

A second global partnerships project is the GEF-UNDP­IMO Global Maritime Energy Efficiency Partnership project (GloMEEP), which is working in 10 lead pilot countries (Argentina, China, Georgia, India, Jamaica, Malaysia, Morocco, Panama, Philippines and South Africa). It aims to create global, regional and national partnerships to build capacity to address maritime energy efficiency—in other words, to address greenhouse gas emissions from ships—and for countries to bring this into the mainstream within their own development policies, programmes  and dialogues.

Another current project, funded by the European Union, is the Global Maritime Technology Cooperation Centre (MTCC) Network (GMN), which is establishing a global network of five MTCCs in Africa, Asia, the Caribbean, Latin America and the Pacific. The aim is to help beneficiary countries limit and reduce greenhouse gas emissions from their shipping sectors. The project will encourage the uptake of energy efficiency technologies through the dissemination of technical information and know-how.