As the IMO 2020 sulphur cap is just around the corner, Argus Media published an infographic depicting compliant fuel’s availability assessment worldwide. Despite being at a very early stage, sales of 2020 compliant fuel have already started at ports globally.

Currently, the volumes of compliant fuel sale are still small as the 0.5% market is in its infancy, with suppliers however confirming that they have now sold bunker quantities of 0.5% fuel oil.

Specifically, Singapore is the world’s largest bunker port, with the infographic noting that sales of 0.5% fuel oil are rising. Sales of compliant fuels will continue to increase, accelerating sharply as we approach January 2020.

In addition to Singapore, New York Harbor is the leader in North America, followed by the US Gulf, while in Europe the Amsterdam-Rotterdam-Antwerp (ARA) set of ports, has the most bunker deals. As for the Middle East, Fujairah has emerged as a global bunker hub.

What is more, in Latin America, compliant bunker fuels can be found at:

You may see more details in the following infographic: 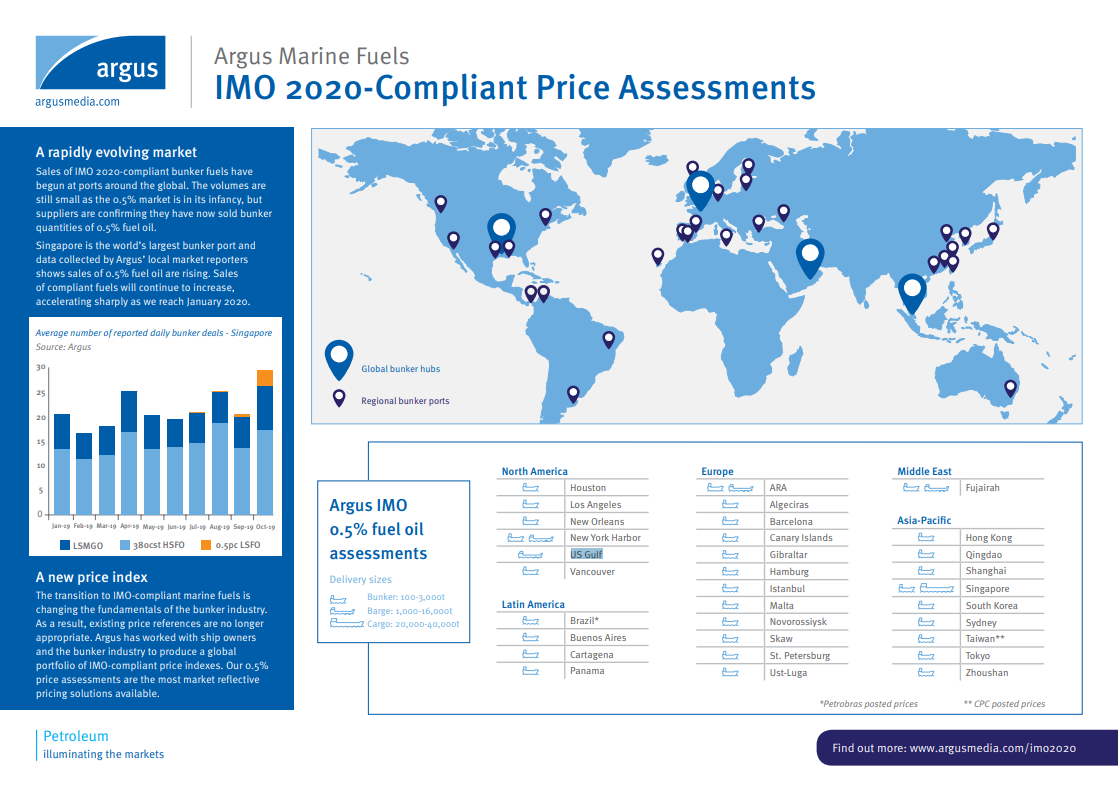