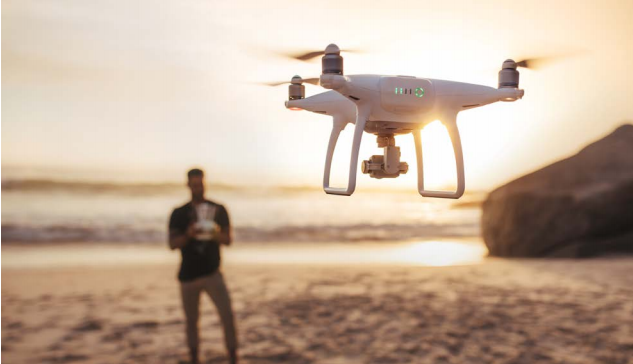 British Ports Association issued a report which highlights the various ways aerial drones may be used within the UK’s port sector, whether it is delivering parcels to ships, surveying infrastructure, enforcement or for leisure purposes.

When unmanned aircraft systems, commonly known as drones, are fully commercialised it seems like there are endless possibilities and benefits for everyone involved in ports and shipping.

Although, those who wish to operate aerial drones must adhere to various safety, legal, regulatory and insurance requirements. These vary depending on whether the drone is being used for commercial or recreational purposes.

Furthermore, depending on where the flight takes place, drone flyers and operators may require the approval of the Civil Aviation Authority, local air traffic control and port authorities, where relevant.

What is more, certain types of ports might have relatively little activity that drones could actually endanger or disrupt, so may not have a formal risk assessment or policy in place concerning their use, either for recreational or commercial purposes.

However, it is now becoming a common expectation that at a minimum a port might request drone operators to submit the following details:

According to the report, new EU drone rules will be coming into force as of 31 December 2020.

The effective date of the new drone regulation was originally 1 July 2020, however the EU Commission granted an extension due to COVID-19.

Even though the UK is leaving the EU, the Department for Transport has decided the UK will be following the new EU regulations as they are very safe and close to what the UK is doing already.

The changes to note are:

Technology within the international maritime sector has been moving at pace during the last decade – whether that be autonomous ships and port operations, artificial intelligence, 3D printing or using aerial drones. Each of these will have a huge role to play in the future of the UK ports sector and to ensure the UK’s global competitive advantage.

…Author of the paper, Sara Walsh, Corporate Services Manager at the BPA, commented. 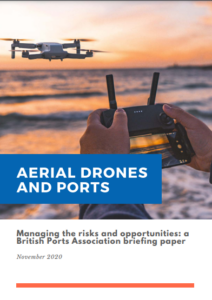