In its annual PSC report for 2019, Tokyo MoU informed of 983 ships detentions with detention rate at 3.13%. Tokyo MoU has recorded a total of 73,393 deficiencies, mostly related to fire safety measures, life-saving appliances and safety of navigation.

Both number of detentions and detention percentage increased in 2019, after respective seven years’ and ten years’ continuous decrease.

One third of all detentions are on the grounds of a major non-compliance with ISM reflecting the importance of ISM to the effective operation of ships.

Meanwhile, the average number of detainable deficiencies per detention is trending slowly upwards.

It has been noted that fire safety measures, life-saving appliances and safety of navigation continue to be the top three categories of deficiencies discovered on ships. 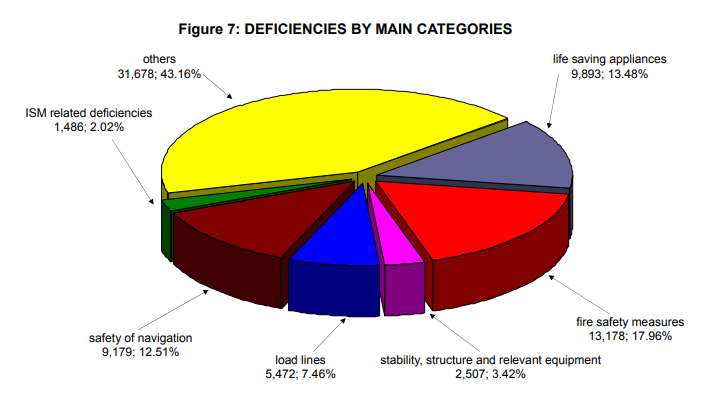 A general reduction trend is also found in categories of radio Communications, cargo operations including equipment, safety of navigation, dangerous goods and ISM.

Meanwhile, a total of 94 vessels, involving 23 individual ships, were identified as under-performing ships in 2019.

Both the total number of vessels published and the number individual ships involved are increased notably, comparing with the previous year.

Both the number of detentions and detention percentage has decreased continuously till the previous year; however, a bounce of the trend was found in 2019. 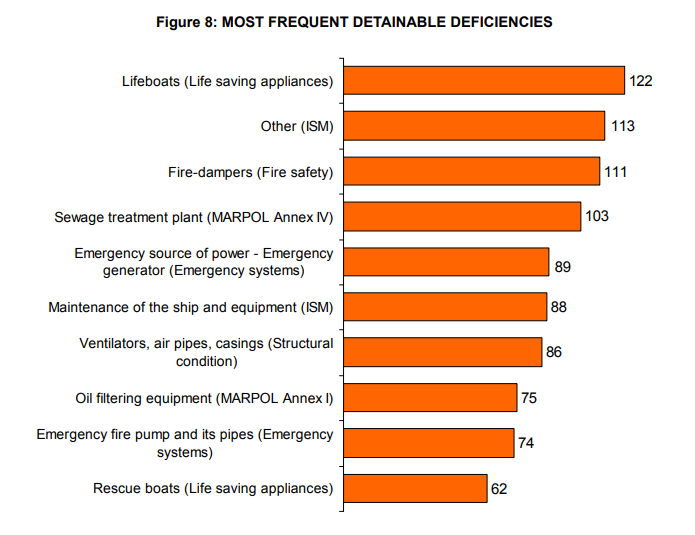