Why the ISM Code is failing

by Mark Bull
in Opinions, Regulation 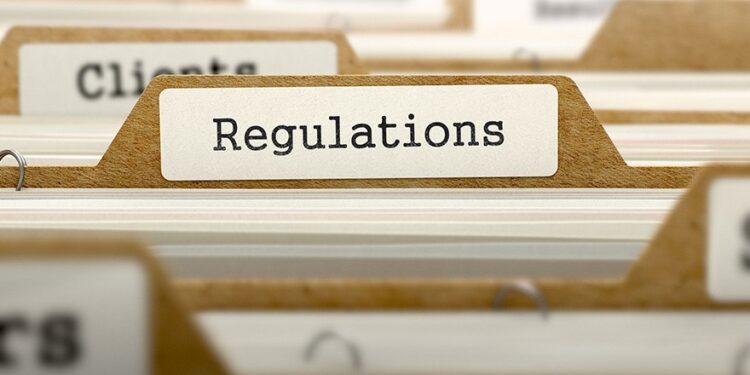 During the 2020 SAFETY4SEA London Forum, Capt. Mark Bull, Principal, Trafalgar Navigation Limited, questioned if the ISM Code is failing, after more than 20 years since its implementation. Capt. Bull firstly provided a brief history of the ISM Code, as well as a description of the five main areas where he felt the Code has failed and went on to explain how such potential failures affect the crew. Since it was introduced; however, nobody has reviewed the Code to ensure its ongoing effectiveness, he concluded.

Why the ISM Code has failed?  The code was adopted in 1993 and came into effect in 1998 with clear and simple goals: to enhance safety at sea, to prevent human injury and loss of life, to avoid damage to the environment. It then followed a series of spectacular accidents and comments from the industry itself that perhaps competence was being eroded.

“Herald of Free enterprise” capsized because they left the bow door open. In the “Scandinavian Star” the crew couldn’t communicate in a common language with one another. “Exxon Valdez” caused a huge pollution incident in Alaska.

Some of you may ask how I dare to say that the code is ineffective! My response is as follows:  Every accident, incident and hazardous occurrence that has occurred since 1998, is a failure of the ISM Code. Where are the statistics? It has been in force for more than 20 years. Can anybody give me the statistics? Can somebody confirm that this ISM Code has been reviewed following each major incident?

Not available, I haven’t found it. So, here are some of the incidents that have happened post 1998: the “Bourbon” offshore vessel that overturned and capsized; Tanker Sanchi, MSC Napoli which broke up in the English Channel; the Maersk Honan fire; the Stella Daisy bulk carrier that sank in the South Atlantic and; the Andrew J Barberi which was a ferry that crashed in New York and several people were killed – and the list goes on.

During my last voyage at sea, I was in command and had to implement the safety management system onboard my ship. I did that; I trained the crew, I took the ship through its first external audit and I completed my shipboard review. I thought here at last is the entire industry now coming together to set a baseline standard. I was a huge supporter and I was so interested in it that on the completion of my contract I went straight to London and I undertook a lead auditors course for ISO and ISM. Then, the company brought me into the office and I rapidly moved into the DPA position.

I was a huge supported of the Code, but I remember during the time from 1993 onwards as it was being developed, all the letters in the press complaining about what it would produce and post the implementation, I remember one comment from a senior figure the US Coast Guard saying ‘the ISM Code is nothing more than a paper tiger’.

I tend to agree with him now. So, when I go onboard ships now carry out my inspections, which are focusing on one area, I’m asking myself the question: “How is it possible, 20 year after the ISM Code has been implemented, that I as an external inspector am finding such basic errors, non-conformities if you like?”

The answer is quite simple, because the ISM Code has failed to recognize the basic disciplines needed to run a ship, they are not quoted anywhere within the Code. Navigation, marine engineering, cargo loading, discharging and care onboard, mooring operations, they are all basic disciplines.

It is because they are not recognized by the Code, they have lost the hearts and minds of the seafarers. So I’m asking why isn’t the captain coming onto the bridge at 8 o’clock in the morning, going through the logbooks etc, like the captain’s did in yesteryear and he could pick up all the minor items. Quite simply because he is in his office answering all these nonsensical messages from ashore.

What about the cargo? Is it the same cargo we loaded a week ago, it hasn’t changed. Why should I submit four different reports at noon because of the commercial arrangement with the ship, why cannot we establish a single report format?

I now see captains, have ECDIS monitors &, ARPA monitors in their office. The next thing we will see is that these will be screwed onto the deckheads so that when he is lying in bed he can see them from there. This is ridiculous, this is stressing out the captains. Are not only captains but also chief engineers. Trying to explain why he can’t put low sulphur fuel in a high Sulphur fuel oil tank?!

So this is where things have gone wrong. Look at the text of the ISM Code. I now call it the “Should Be Code”. The word should appears 88 times through the Code and should in the English language represents no obligation whatsoever.  So if you get a non-conformity against the Code on a ship, you should reject it and so I’m not accepting this because the Code says should, it doesn’t say shall.  The text needs to incorporate the disciplines under which the ship operates navigation, seamanship etc.

In fact, we hear of the problem of those people who are trying to write logarithms for autonomous ships, they cannot deal with the word seamanship.  So I will give them an example of the 21st century’s seamanship. It is when your laptop hangs up and freezes, you just turn it over, take the battery out, wait a few minutes, put the battery back in and turn it back up.  If it turns on great, and if not, we have not made things any worse. It is still inoperative.

So, what we are missing then from the Code as it stands, is the compliance element. We can very rapidly change this by just changing the word should for shall. It is as simple as that.

The content of the ISM Code as it stands, is so generic that it fails. Now if we have an ISO Code, for ISO 9000 for example, that is designed to satisfy multiple activities then a generic code is acceptable. It could be a doctor, dentist, it could be a filling station in Thailand.

But the ISM Code is about ships and ships can be limited to specific disciplines. I argue that those who audit the ISM Code are insufficiently qualified to carry out the job and that this has translated into a little bit of a tick box exercise.

What does an engineer know about navigation if he comes onboard? What are the vast majority of auditors who come onboard, but classification society surveyors who tend to be engineers or naval architects.

And the Code fails to win the hearts and minds of the users because it is not looking at those things, they hold dear in their profession, their navigation, their marine engineering skills. This in turn then colors the relationship between auditor and auditee. And finally, where is the section in the Code that says it will be reviewed for its effectiveness after XX years? Doesn’t exist.

If we study the operation of the ship, we will see it undergoes several phases. One phase is in port, when it is loading and discharging cargo and perhaps undergoing main engine repairs, the next phase is where transfer goes from in  port to sea, not normally under close navigation and then finally away from the estuaries and rivers, where it is in open sea navigation.

And then the reverse. There is one extra phase when it specifically goes into port for repairs, if we understand those phases we will see that the priority of disciplines in the operation of the ship change.

So at sea navigation is up at the top and in port handling the cargo, loading and discharge, takes over the priority. Then we can start to focus on where a lot of these accidents are happening.

So finally, the Master has to review the effectiveness of the Code, yes at least once per contract. The company has to do something similar but the Code itself does not have to be reviewed. That ladies and gentlemen is HUBRIS and following that will be the NEMESIS of the accidents.

Above text is an edited version of Capt Mark Bull’s presentation during the 2020 SAFETY4SEA London Forum.