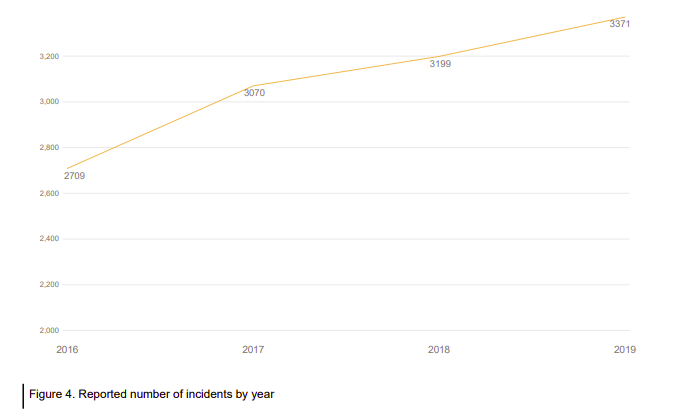 AMSA received a total of 12,349 marine incident reports in 2016-2019, according to the first marine incident annual report for regulated Australian and foreign flagged commercial vessels in Australian waters. The data suggests a significant upward trend in serious incidents between 2018-2019, unveiling the need for a concerted effort on improving safety.

The 2019 annual report presents an analysis of marine incidents including fatalities reported to AMSA. It provides an insight into reported marine incident data between 2016 and 2019 in Australian waters.

The vast majority of 2019 reports are of a technical nature (78.4%), with personal consequences representing 14.7% of incident reports.

The increased reporting rate is a positive sign in terms of industry commitment to safety, and suggests that industry engagement initiatives are yielding results. However, the upward trend in serious incidents between 2018 and 2019 indicates that a concerted effort on improving safety, and safety culture should remain a priority for the maritime sector, 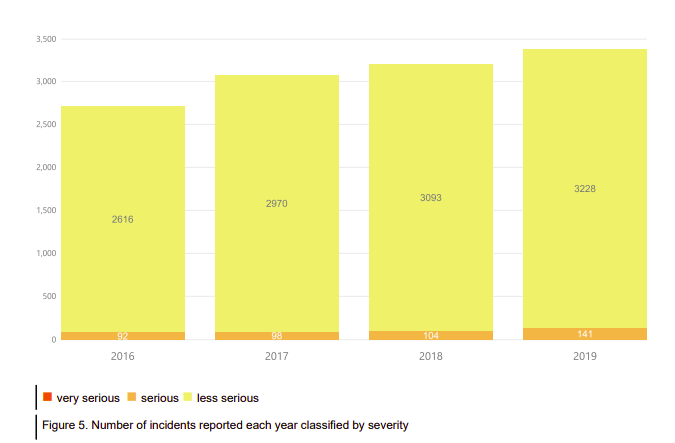 In 2019, the majority (54.5%) of incident reports came from bulk carriers followed by container vessels. This is consistent with previous years’ data. 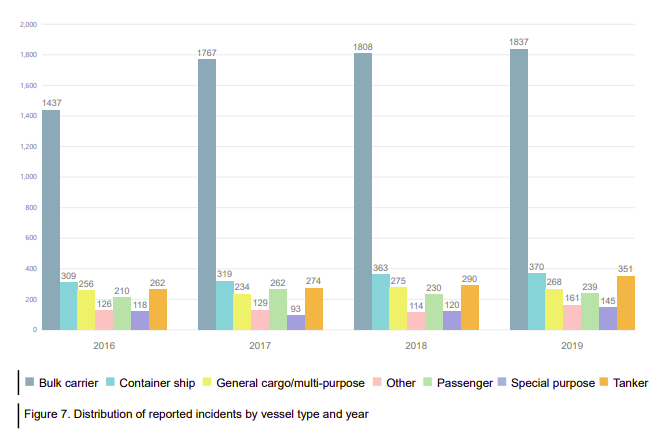 Most incidents in 2019 occurred while the vessel was within port limits (44.2%) with a similar percentage (42.8%) occurring outside of coastal waters3 but within the limits of the exclusive economic zone (EEZ). 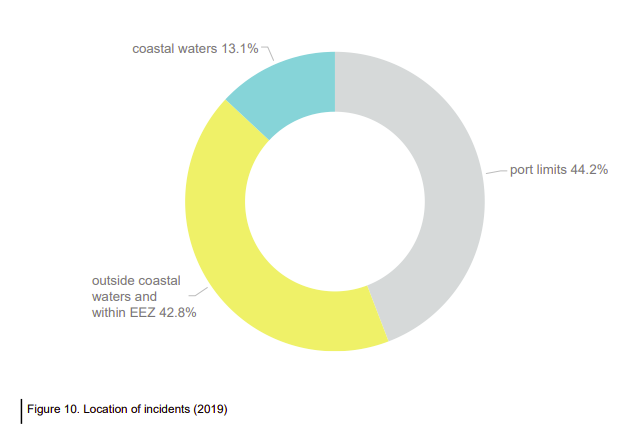 Reported incidents by age of vessel

In 2019, vessels more than 15 years old represented approximately 8% of port arrivals and 24% of reported incidents.

Between 2016 and 2019, there were seven fatalities associated with seven incidents. All occurred on foreign-flagged vessels. Six involved crew members and one (in 2016) was a passenger fatality.

Although “Other” vessels (including tugs, offshore service vessels and other) only represent 4.8% of reported incidents, they had the highest frequency of incidents in 2019 involving contact (18), and the second highest number of incidents involving pollution (12). 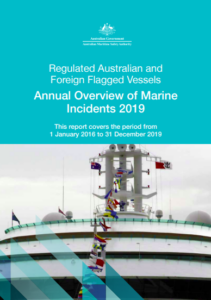