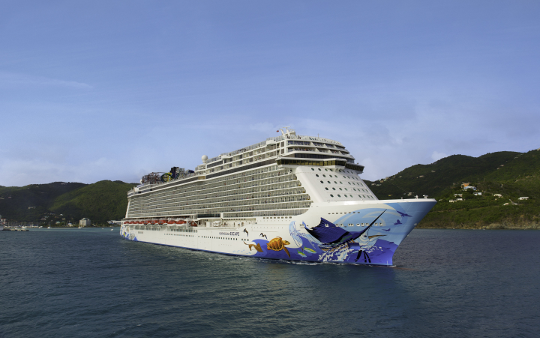 The Norwegian Cruise Line Holdings issued a statement informing that it will expand and boost its presence in the cruise market of Alaska, amid its rapid development, following a 30-year agreement with Ward Cove Dock Group, LLC, in order to construct a new double ship pier located at Ward Cove, Ketchikan, Alaska.

The pier is estimated to be finalised in summer 2020, with a build-purpose to be able to accommodate both the Norwegian Cruise Line’s 4,000 passenger and Breakaway Plus class ships, at the same time.

The natural beauty of Alaska makes it one of the most popular destinations to visit, and our investments in the region will enable us to provide our guests with a best-in-class experience as they explore the wonders of the Last Frontier.

A month ago, the cruise company won an offer for a three-acre waterfront parcel in Greater Juneau in Alaska, and attracted stakeholders, such as local collaborators, the government, business and community leaders, to conduct its project that will have fruitful results, not only for the city but for the company, as well.

These strategic initiatives mark the latest steps in our ongoing efforts to promote economic development in the region and make a positive economic and environmentally sensible impact on the Alaska tourism industry.

In line with the company's development goals in Alaska, it was awarded a preferential allowance until 2029, based on various factors and environmental commitments, due to Alaska's sensible environment, as air emissions, waste and wildlife protection. This move enables the company to operate cruises within Glacier Bay National Park and Preserve.

Concluding, Norwegian Cruise Line Holdings Ltd. plays a major role in the global cruise industry as it operates the Norwegian Cruise Line, Oceania Cruises and Regent Seven Seas Cruises brands. It is owner of 27 ships with approximately 58,400 berths, which offer itineraries to more than 450 destinations worldwide. Through 2027, the company will introduce ten additional ships.