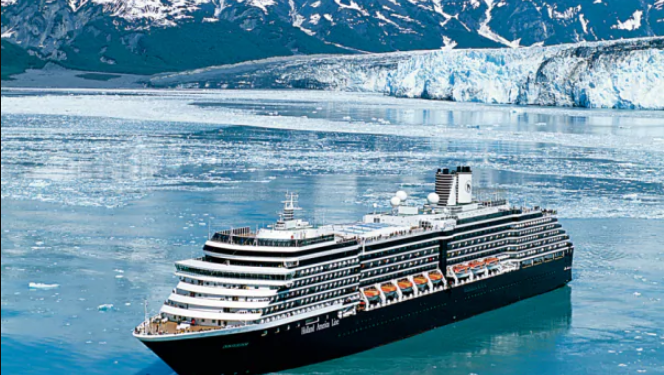 Above image is used for illustration purposes only / Credit: Holland America

The Alaskan state legislature is to restructure the Ocean Rangers program, monitoring cruise ship traffic in the vulnerable waters of Alaska, in opposition with a recently-imposed veto by Alaskan Governor Mike Dunleavy.

In early July, the Governor announced it would eliminate funding for onboard cruise ship inspectors, as ‘there are other mechanisms to ensure environmental conservation‘.

These cuts blocked the Ocean Rangers budget, but the state Legislature restored the program’s $3.4 million in passenger fee funding.

The Department of Environmental Conservation commissioner says the program is unnecessary and burdensome to the industry.

He has proposed an automated monitoring system that does not rely on inspectors.

However, after the head of the state’s Cruise Ship Program gave notice that he would be leaving the Department of Environmental Conservation this week, DEC Commissioner Jason Brune told CoastAlaska he is considering restructuring the entire cruise ship program, to develop an improved program “that works for everyone.”

He has specifically proposed an automated monitoring system that does not rely on inspectors, as in the Ocean Rangers program.

Meanwhile, Alaska’s ferry system was shut down for a second straight day last week, due to a boat workers strike, who protest about stalled contract talks and big budget cuts imposed by the governor.

Ocean Rangers are Coast Guard certified marine engineers or a person who holds a degree in marine safety and environmental protection from an accredited maritime educational institution. They use a checklist to monitor compliance with state and federal requirements pertaining to marine discharge and pollution.

This program became law on December 17, 2006. It is managed by the Commercial Passenger Vessel Environmental Compliance Program, which was created in 2001 to monitor cruise ships in Alaskan waters.