NOAA: August 2018 the 5th hottest on record for the globe

The average global temperature in August was 1.33 degrees F above the 20th-century average of 60.1 degrees and this was the fifth highest global temperature for August in the 139-year record (1880–2018), according to data provided by the US NOAA. Last month was also the 42nd consecutive August and the 404th consecutive month with temperatures above average.

The year-to-date average global temperature was 1.37 degrees F above average of 57.3 degrees. This is the fourth highest on record for the January through August (YTD) period, but 0.47 of a degree lower than the record high set in 2016 for the same period. 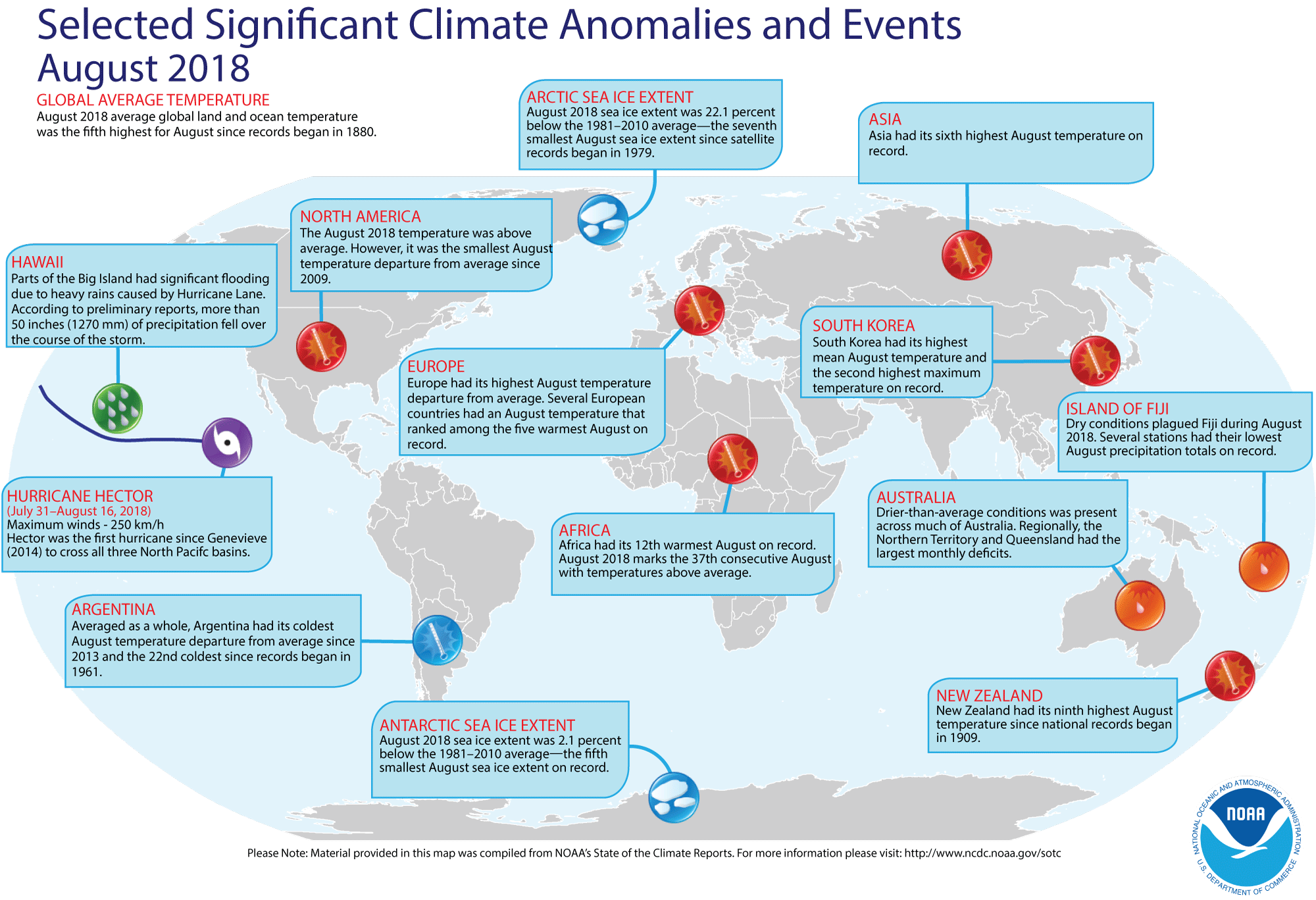