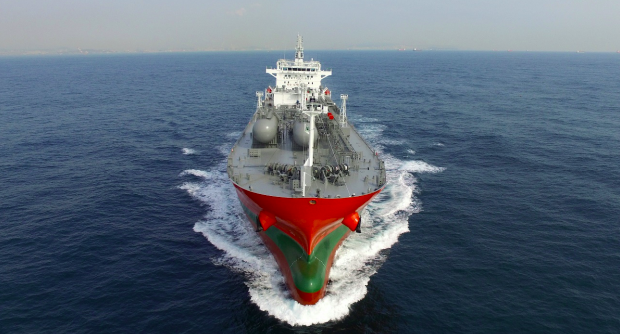 Above image is used for illustration purposes only / Credit: KR

Ammonia as a ship fuel presents additional risks when compared to conventional liquid fuels such as LNG, LPG, and methyl/ethyl alcohol, but it is possible to lower these risks by developing alternative and additional requirements to the existing IGC Code, according to a new report by Korean Register.

The technical report outlines the safety regulations and resulting design implications for ammonia fueled ships. It also provides essential information for industry stakeholders, such as shipowners, shipyards, and equipment companies, for the construction of ammonia-fueled ships.

Ammonia, a zero-carbon fuel is relatively easy to store and handle, and is attracting worldwide attention along with hydrogen, as a next-generation energy source with the potential to account for more than half of new ships using clean fuel after 2050. The big advantage of ammonia is that it can be stored in higher temperatures in a liquid form under atmospheric pressure. 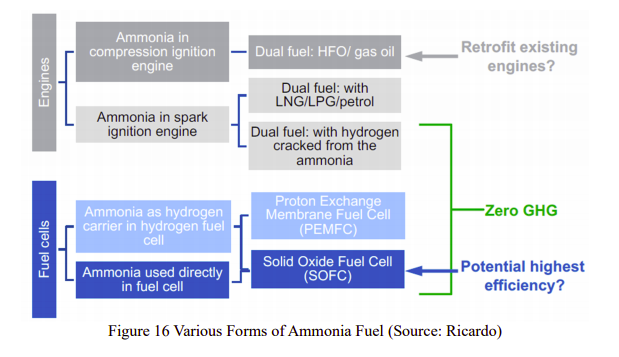 The risk of ammonia as a fuel is different from the properties and risk of conventional fuels like HFO and MDO and liquefied gas fuels like LNG and LPG. Therefore, it is more rational to identify risks of using it as fuel for ships by identifying risks of transporting it as cargo according to the IGC Code and risks of using it as a refrigerant or catalyst rather than identifying additional risks compared to conventional fuels, according to KR.

It is important to understand the risk factors among general properties of ammonia to study the ammonia-fueled ships’ structural and facility,

Actually, te report confirms that it is not appropriate to apply the detailed requirements of the current IGC Code and IGF Code, because ammonia as a marine fuel has risk factors different from conventional low flash point fuels, such as LNG or methyl/ethyl alcohol.

It is clear that ammonia as a ship fuel presents additional risks when compared to conventional liquid fuels such as LNG, LPG, and methyl/ethyl alcohol. However, it is possible to lower these risks with additional safety measures considering the properties of ammonia. It is thus necessary to develop alternative and additional requirements to the existing IGC Code using Chapter 7.

When applying the requirements to IGF Code developed using Chapter 7, it is also necessary to perform a risk assessment of ammonia affected by the diversity of the ship structure, layout, and system to ensure safety.

Since the IGC Code generally has safety regulations for ammonia, it is necessary to consider existing safety measures and identify the dangers in use as fuel to develop alternative or additional requirements for Chapter 16 of the IGC Code.

KR published its first technical report ‘Forecasting the Alternative Marine Fuel – Ammonia’ back in 2019 when ammonia was still unfamiliar as a marine fuel. In the second half of 2020, KR completed a risk assessment, granted Approval in Principle and signed an MOU with EMEC ship design company, Man Energy Solutions, a ship engine manufacturer, and Navig8, all with the aim of promoting the use of alternative, cleaner fuels.

We will continue to work with our customers and the wider maritime industry, including design companies and other related organisations in different ways, to accelerate the construction of ammonia-fueled ships,