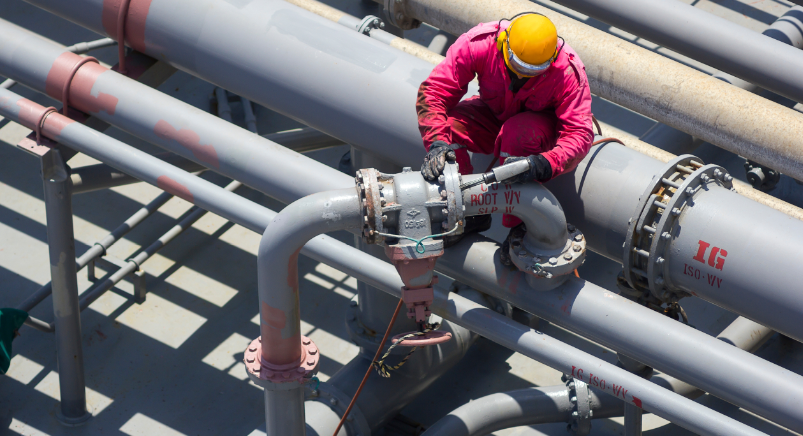 In its 57th issue, CHIRP Maritime discusses a H2S incident, during a tank inspection. While the Chief Officer, the cargo inspector and an Able Seaman were examining the tanks with a portable gauging tape, they unexpectedly put themselves in danger of H2S release.

Throughout an inspection of a tanker vessel on completion of discharge, the above mentioned personnel were testing tanks with the aid of a closed type gauging tape and a vapour lock arrangement. At 5P COT the AB forgot to check if the cap was well-secured screwed on or hold the cap in place, while opening the vapour lock valve.

As a result, the inert gas pressure inside the tank exploded at about 500mmwg, ejecting the cap and detaching it from the safety chain to a height of about 50cm. The AB was luckily not hitted in the face from the released cargo vapours on deck with H2S content of 700ppm. Thankfully there was no injury reported for anyone onboard.

In light of the incident, CHIRP highlights the following aspects:

• Always be aware of the dangers of H2S. Equally H2S and carelessness are not a good match.

• Pay attention to every step, when on an operation. Carelessness could result injuries while has proved to have fatal impacts. Keep in mind that even with one breath in, the person could be unconscious with that level of H2S.

• A fatal incident about a surveyor was reported some time ago. During a similar operation, he took one breath of air contaminated with 2000ppm H2S.

• Allowing the IG pressure to reduce towards the end of the cargo operation would have reduced the hazard of this incident and reduced the potential for pollution.

• Always work as a team. There were three people involved in the tank inspection, if they have helped one each other during the examine, would have probably avoid this incident.