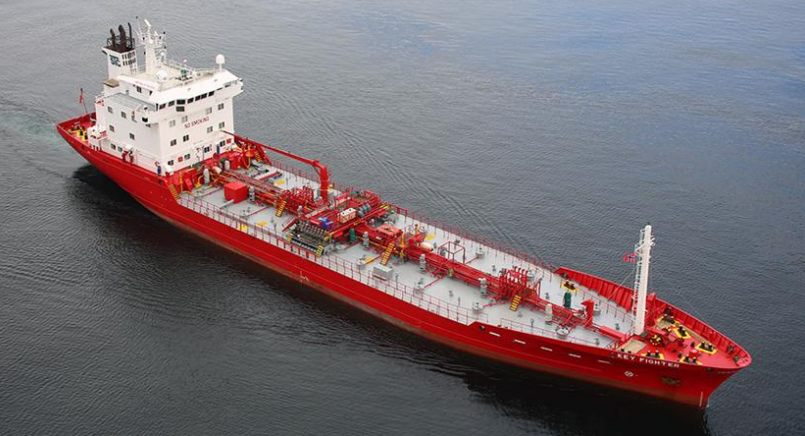 Transport Malta's Marine Safety Investigation Unit (MSIU) issued an investigation report on the fatality of two crew members onboard the Maltese-registered chemical tanker 'Key Fighter' in September 2018. The two crew men fell from a height which led to fatal injuries. It was not excluded that the cause of death could have been either H2S gas intoxication or suffocation due to lack of O2.

On 31 August 2018, Key Fighter berthed alongside Crude Passion at Averøy, Norway, where it discharged its remaining cargo of Rapeseed oil.

Before sailing for Erith, UK, 58 m³ of slops, reported to contain a mixture of tank wash water and vegetable oils, were transferred from Crude Passion to Key Fighter.

The slops, which were being loaded in cargo tank no. 5 port, were noted by the crew members to have a pungent odour of ‘rotten egg’.

He (the chief officer) stated that he had advised the AB and the painter to be very careful with the entry into cargo tank no. 5 port, due to the ‘rotten egg’ smell reported earlier. He recalled that he had also requested that the cargo tank is well ventilated, to keep the bridge informed and use personal gas detectors. He wrote down these instructions on a sheet of paper, which was left in the CCR, and then went to bed.

Following departure and while on passage, the slops were pumped out at sea and the crew started cleaning the cargo tanks.

The second officer remained alone on the bridge. He confirmed that from the bridge, he could see the floodlit deck area and the cargo tank entry lids, including those fitted on cargo tank no. 5 port.

However, he neither saw the watch changeover nor any crew member on deck; he actually assumed that if there was no one to be seen on deck, then everyone must be in the CCR. During the duration of his watch, there were no communication checks between the bridge and the cargo tank cleaning team. Moreover, the section in the cargo tank entry permit was filled neither with cargo tank entry nor exit details for the remaining time of the navigational watch.

The following morning, at about 0405 , two crew members involved in the cleaning and washing of cargo tanks were found lying motionless inside cargo tank no. 5 port.  The crew members were airlifted to a hospital in Norway.

The immediate cause of the accident was a fall from a height which led to fatal injuries, according to the Accident Investigation Board of Norway.

It was considered unlikely that both crew members would have fallen in a similar manner without the presence of additional factors. The MSIU was informed that post mortem tests could not confirm the presence of H2S gas.

The injuries may have been fatal, but based on the circumstances of the accident, the autopsy report indicated that it was possible that the cause of death was either intoxication by Hydrogen Sulphide (H2S), or suffocation due to lack of oxygen. 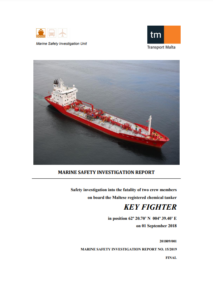