Energy trends in shipping up to 2050 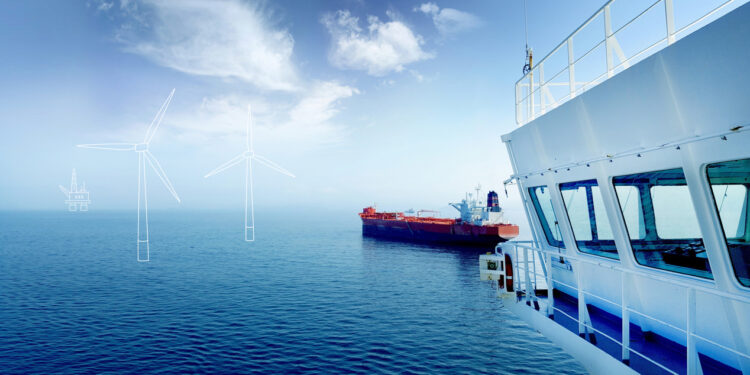 DNV GL has released its 2017 outlook for the maritime industry in 2050 which offers an insight to the changing global economies and energy use, highlighting how these and together trends will impact shipping. The report explores how the expected shifts in energy production and demand, GDP growth, industrial production and regional manufacturing might change the maritime industry, and the impact on individual ship segments. The key outcome of the report is that energy transition changes the shape, but not the importance of shipping to the global economy.

Following the release of Energy Transition Outlook 2017, DNV GL now forecasts the energy trends in the maritime industry up to 2050, citing that a diverse fuel mix is expected. Oil will no longer be the overwhelming choice for trading vessels. Natural gas will step up to become the second-most widely used fuel, with a third of the world’s fleet, and new low-carbon alternatives will proliferate, supplying nearly a quarter of the fleet.

”World primary energy supply is likely to peak before 2030. This will be an important moment in human history, where collectively we will need less energy to satisfy our demand.” DNV GL comments.

Furthermore, accordingto the report, from 2030 to 2050, demand continues to increase, but less rapidly – with the growth primarily in non-energy commodities, such as the container trade and non-coal bulk. In addition to the changing energy production and export patterns, shipping’s fuel mix will become much more diverse. In 2050, oil will remain the main fuel option for trading vessels, but natural gas will step up to become the second-most widely used fuel, and new low carbon alternatives will proliferate.

Remi Eriksen, DNV GL’s Group President and CEO, noted that big and rapid changes are underway and by mid-century, the energy supply mix is likely to split equally between fossil and renewables.

”Advances in energy efficiency will also see the world’s demand for energy flattening after 2030. These trends will impact all players in the maritime sector.” Mr. Eriksen added during the release of the report.

”Overall the demand for seaborne transport will increase with 60% by 2050, with the pace of growth being highest up to 2030, and with notable differences between the various shipping segments.”, DNV GL said.

The report mentions that further pressure to reduce emissions to air and the growing drive toward decarbonization will impact industry in the choice of fuels. The ‘current wave of digitalization’ will also have a profound impact by creating new business models.

A global transition towards greater use of renewable energy and less use of fossil fuels is underway and will progress towards mid-century. The consequent changes will impact all players in the maritime sector.

A low-carbon future would also require more energy-efficient ship designs and operations, and carbon-neutral fuels. DNV GL itroduces the concept of ‘the carbon-robust ship’ and describe a three-step approach to evaluate and improve the carbon robustness of vessels and fleets. The steps are: identify the risk and opportunity drivers, test the impact of several scenarions and calculate carbon robustness considering carbon, fuel, retrit, speed and cargo flexibility.

DNV GL has published a suite of reports on the Energy Transition Outlook website, which are available to download free of charge. The main ETO report covers the transition of the entire energy mix to 2050. In addition to the Maritime Forecast, two other sector-specific supplements, based on DNV GL’s deep expertise in the oil and gas, and power & renewables industries, accompany the main outlook.