Being diverse is more than having more female professionals onboard 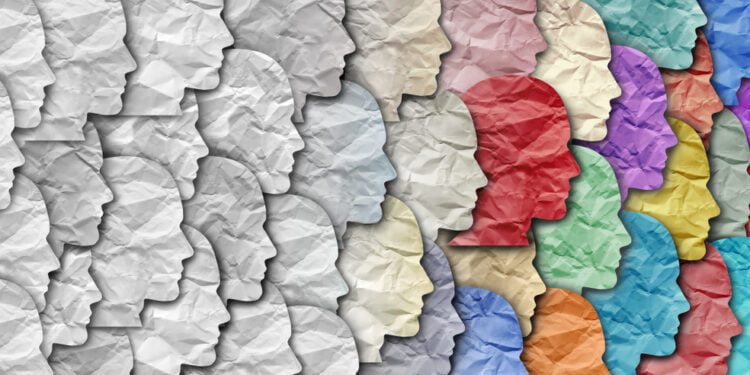 Gender diversity in the workplace is a key challenge in current corporate environment, with research indicating that, in managerial positions, it would benefit an organization more than most current arrangements, which are male dominated in terms of numbers.

What is Diversity & Inclusion?

Diversity describes any differences between people that may lead to the perception that another person is different from oneself. This includes various dimensions, but the most commonly researched are age, nationality, race/ethnicity, religious and political background, skills, sexual orientation and educational background. On the other hand, inclusion describes how individuals work together and are included in decision-making processes. This means that while diversity focuses on differences among individuals, inclusion looks at how people oversee these differences to get along at work.

Women seem to be still underrepresented in upper management in many states worldwide, despite several actions aimed at achieving gender equality. The business case for a bigger women representation in top managerial positions is a key driver of discussion on the issue, especially in shipping industry as highlighted above. A study published by Spinnaker’s Maritime HR Association in early 2021 showed that the shipping industry remains a male-dominant sector, as only the 5% of maritime leadership roles is occupied by women. A more recent survey from the Diversity Study Group revealed 27% of C-Suite positions are currently held by women, dropping to 14% for the Heads of Department level, while, at junior and trainee level, the female representation is 63%.

Meanwhile, despite being a multicultural industry by nature, cultural diversity onboard is regularly seen as an impeding factor for safety, as it can lead to miscommunication issues. According to a study conducted by World Maritime University, cultural complexity on ships has become an issue of intensive attention, because a growing number of maritime accidents are attributed to ineffective communication and misinterpretation of different behaviors on multilingual and multicultural vessels. It becomes understood that shipping finds no challenge in terms of cultural diversity, but this is not the case for cultural inclusion.

Why it matters for shipping?

Statistics show that there is a direct correlation between diversity and performance, according to Global Maritime Forum. A McKinsey Diversity Report in 2018 showed that companies in the top-quartile for ethnic/cultural diversity on executive teams were 33% more likely to have industry-leading profitability, while companies in the top-quartile for gender diversity on executive teams were 21% more likely to outperform on profitability and 27% more likely to have superior value creation. In addition, in the post-COVID era of the “Big Quit” and on the aftermath of Brexit, shipping is facing an unprecedented job crisis which can be resolved if it encourages more women to work in careers at sea, in roles that are often still viewed as for men, Swedish ferry operator Stena Line recently argued.

What are the industry’s actions?

In the last few months, we have watched several initiatives aimed at encouraging more women onboard. For example, in November, the IMO Council decided to establish an International Day for Women in Maritime, to be observed on 18 May every year, while 2021 saw the first ship commanded by all women crew, when the MT Swarna Krishna departed on International Women’s Day with only female officers onboard.

But 2021 also saw exciting firsts for more women in managerial positions, after last year’s launch of the Maritime SheEO program, including a leadership accelerator program for women in maritime. In December, the Board of Directors of German Shipowners’ Association (VDR) elected Dr. Gaby Bornheim as a president of the association, marking its first women president in its 114-year history. In October 2021, Sarah Treseder became the new Chief Executive of the UK Chamber of Shipping. In May, BIMCO, the world’s largest shipping association, elected Sabrina Chao of Wah Kwong Shipping Holdings Limited as President. In July, the Global Maritime Forum announced Johannah Christensen as Chief Executive Officer. It becomes evident that shipping seems to focus significantly on encouraging more women onboard to increase its diversity, but little is known regarding how much it does to instill its importance.

Attracting more women in shipping is a good start, but real change will come from deeper action, such as organizations articulating to their teams why diversity, equality, and inclusivity matters to them. True diversity extends beyond gender, nationality and ethnicity and gaining the benefits from diversity requires the behaviours, attitudes, systems, and processes that build an inclusive company culture to be considered, according to Global Maritime Forum. The good news is that the industry has the potential to learn from other sectors, more advanced in the diversity and inclusion arena. For example, more and more recent actions in the conventional shipping industry seem to focus on sexual orientation diversity.

“Educating companies and individuals within the maritime and shipping industry, at all levels, about the benefits inclusion and diversity could bring to their specific organization and their role within it is critical,

At the same time, research on cultural workplace diversity has identified two most common diversity approaches, colorblindness and multiculturalism. Organizations adopting the first approach contend equal opportunities to all employees, including hiring and promotion, regardless of their “different” characteristics. On the opposite side, organizations of the second approach do not ignore, but actually emphasize on these differences, considering them as beneficial for work processes. Employers should note that the latter are often the organizations that enjoy greater employee retention rates.