Tackling the challenges of cultural differences onboard 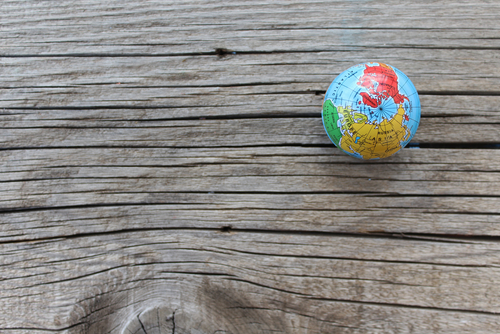 The phenomenon of manning a ship with a culturally mixed crew is nothing new in the shipping industry. However, working along with mixed crews on board ships can easily lead to potential misunderstandings or miscommunication issues.

As a result, shipping companies and operators need to provide cross-cultural training to every crewmember before boarding a vessel.

Given the matter of multi-national crews’ employment, the industry must be well-prepared, in order to cope with manning diversity, while realize the hidden risks of mixed crews.

Multiplicity of persons whose ethnicity involves differences, not only language but also culture and religion are a major challenge to overcome when facing prolonged periods of on board.

According to a study conducted by World Maritime University, cultural complexity on ships has become an issue of intensive attention, due to the fact that a growing number of maritime accidents are attributed to ineffective communication and misinterpretation of different behaviors on multilingual and multicultural vessels.

What is more, it is observed that poor command of English, wrong stereotyping, different understanding of safety/work culture and different attitude toward risk, can all lead to severe marine accidents and impact a ship’s operational performance.

“The development of cross-cultural competency is absent from the agenda of maritime education and training, despite the fact that the shipping sector is highly globalized and the maritime labor market widely multicultural”.

In addition, University of Rijeka, Faculty of Maritime Studies conducted a survey noting that companies should not only focus on the acquisition of appropriate technical skills for navigation and engineering, but also on the non-technical, i.e. soft skills, such as communication skills and intercultural competences and understanding of how culture can impact communication.

Therefore, it is of vital importance for shipping industry and the seafarers to tackle the challenges of cultural differences onboard, by taking into consideration the following points:

Most commonly, cultural awareness is regarded as having knowledge about other cultures and being aware about one’s own culture and its impact on ones’ behavior.

Although training of cultural awareness of crew in the maritime sector has not been extensively developed yet. Consequently, the industry and maritime training institutions should provide quality training in English language and culture differences to help eliminate the communication berries among crewmembers.

Seafarers should be educated in cultural awareness prior to working with mixed crews instead of having to learn the more difficult way in order to prevent the mistakes that can become costly to the ship owners.

Specifically, the term global mindset refers to a psychological construct and is defined as a way of viewing the world from a broader perspective.

To develop and sustain a global mindset requires knowledge and involves an understanding of the universal and different aspects of the interdependent world such as: technology, sociopolitical factors, culture and cross-cultural issues, attitudinal elements and behavioral abilities that enable effective work in a global context.

It is known that limited language comprehension and fluency may create a sense of remoteness, disconnectedness or even frustration, which can exclude individuals from each other and from opportunities for interaction in both working and social contexts.

On the other hand, individuals with advanced language skills should be better at validating assumptions about behaviors that reflect different cultural practices.

In other words, practicing of language skills actually bridges the gap between different nations.

International experience is considered to be another vital aspect of cultural awareness. Specifically, it can make a difference in a career and personal life by enhancing personal growth and professional development.

At the same time, a variety of international work experiences offer individuals occasions to retrieve their prior knowledge of cultures (values, beliefs, and norms) and prior experience of intercultural collaborative work.

Individuals having extended social contact with members of different social groups are believed to be more prone to exploring other cultures from learning perspectives and to adopting more appreciative attitudes and behaviors, which eventually lead to reduction of stereotyping and enhancement of interaction strategy.

As explained, these various degrees of social contact are likely to facilitate the development of a more open “self” concept that enhances individuals’ motivation and diversity within the workplace.

Avoid stereotypes and prejudices. A stereotype is a simplified assumption about a group based on prior experiences or beliefs. Keep in mind as a golden rule that not all people from a certain region behave a certain way. When working in a multicultural team you need to be open-minded and open to all cultures and their differences.

The best way to show your colleagues and crew that you respect and appreciate them is by being open to the traditions and values of all cultures. Examining critically our attitudes towards people who are different from you.

Overall, being patient and understanding towards beliefs and norms of different cultures, speaking against discrimination at the workplace, and continuously learning about changing cultures are all an effective way to make workplaces more inclusive.

Cultural differences should not separate us from each other, but rather cultural diversity brings a collective strength that can benefit all of humanity. Intercultural dialogue is the best guarantee of a more peaceful, just and sustainable world.