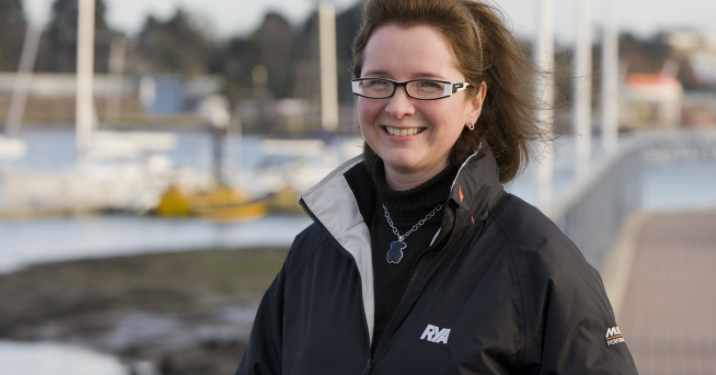 Sarah, who is currently Chief Executive of the Royal Yachting Association (RYA), will bring a wealth of experience to the role and is due to take up her position in October 2021.

As informed, Sarah has led the RYA for more than 10 years and is also a Board Member of the British Olympic Association and a Younger Brother at Trinity House.

“I am absolutely delighted to be taking on the role of Chief Executive of the UK Chamber of Shipping at such a vital time for the domestic and international shipping industry. It is a hugely respected organisation with world renowned members, doing incredibly important work.

“Covid-19 has brought to attention the vital role shipping and seafarers play moving the goods we all need. The shipping sector is at a crucial stage in its decarbonisation journey and I know it will be one of the top priorities for me and the team at the Chamber. I look forward to working with the UK government and leading organisations around the world as we look to reduce emissions whilst continuing to promote global trade.

“I have loved my time at the RYA and am proud of the legacy I leave behind. The team and support I have received over the last 11 years have been tremendous and it has been an incredibly tough decision to leave. But I know I leave it in a very strong position, and I look forward to seeing the RYA go from strength to strength in the years ahead.”

“I am absolutely thrilled we have secured someone of Sarah’s calibre to lead the UK Chamber of Shipping. Sarah has had a stellar career spanning roles in maritime and other sectors and I know she will provide strong leadership for the organisation. Across an incredibly tough field, Sarah was the outstanding candidate for the role, and I look forward to working closely with her in the months and years ahead.”

For the records, Sarah graduated Oxford University with a degree in Politics, Philosophy and Economics in 1991. She held a range of positions at Diageo and became Chief Executive of the Royal Yachting Association in 2010. She became a member of the British Olympic Association Board of Directors in 2011 has been a Younger Brother of Trinity House since 2012.