by The Editorial Team
in Diversity in shipping, Opinions 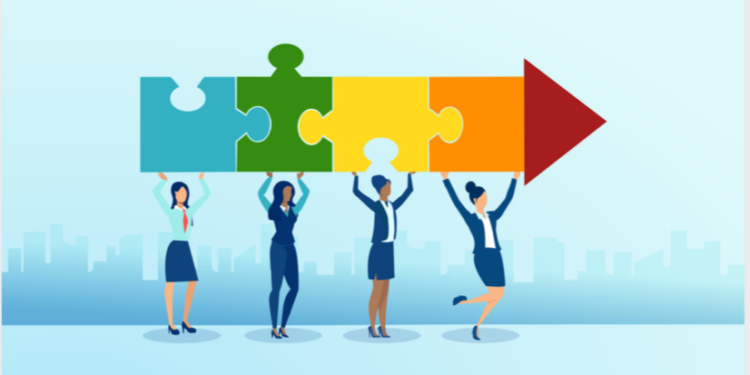 In an exclusive interview to SAFETY4SEA, Mrs Sanjam Sahi Gupta, Director for Sitara Shipping Ltd. and Astral Freight Forwarders Pvt Ltd, who is also founder member of Women’s International Shipping and Trading Association (WISTA) India and Board Member of WISTA International, talks about diversity in the shipping industry, noting that we need more women in leadership positions. In that regard, the idea of “Maritime SheEO” came about. Initiatives such as this can go a long way not only to equip women with the right skills but also help them rise to leadership positions, Mrs Gupta highlights.

SAFETY4SEA: What does diversity and inclusion actually mean for the shipping industry and what are the goals & aspirations of your organization towards that end?

Sanjam Sahi Gupta: The United Nations Sustainable Development Goal #5 “Achieve Gender Equality And Empower All Women And Girls” remains a visionary roadmap to achieve gender inclusivity. In the maritime industry diversity and inclusion too means “equal opportunities for all irrespective of their gender or other differences which may include but not limited to race, religion , sexual orientation ”. As I have stated in a 2012 interview for the Economic Times, India -”it has to be the right person for the job rather than the right man for the job.”

Historically, the maritime industry has been characterised to have less female participation and male domination – inclusivity was not common among the companies. Although in the past two decades the maritime sector has seen a rise in female participation, still there is a long way to go. IMO dedicated the theme for 2019 as “Empowering Women in Maritime” highlighting the importance of a diverse industry. There is a highly skewed proportion of women, especially at leadership positions. This has an impact on the visibility & contribution of women towards the maritime sector. There is also a dearth of data on the impact of women in shore and sea jobs.

Being part of the maritime industry for around 18 years now, I feel very passionately about diversity and it led to my desire to give back to the industry and create positive impact. I want to create solutions that can affect the entire maritime industry – focus areas being diversity and inclusion, leadership, innovation, entrepreneurship and competitive advantage. By thinking so big, many people think it’s crazy, but if you don’t, you put restrictions on yourself.

In May 2018, the then Director General of Shipping Dr.Malini Shankar nominated me for the Sandvik Gender Awards. I was humbled to get the award, and as part of my award they were to sponsor my project for Empowering Women in Maritime. My goals were to increase women participation at sea and ashore, and increase the number for women at management levels. However I realized that we had no data available. So if we don’t know where we are today, how can we propose where we want to go? Thus came the idea and we conducted India’s first survey for gathering data on women in maritime, using the SHE Index of Norway for the employer survey. The survey reached more than 2500 people and we have had responses from 800+ women at shore, 100+ women at sea and 200+companies across all verticals of the maritime industry. The report can be found here

S4S: Which are the key barriers towards a more diverse and equal environment onboard and ashore and how your organization aims to assist the industry to overcome them? How these barriers can be turned into drivers/ opportunities?

S.S.G.: Lack of gender/diversity sensitisation is one of the barriers due to which we hear cases of bullying and harassment . It’s extremely difficult to change mindsets in society and cultures which take years altogether to change. Further we are a global industry which makes it even harder as each culture is unique.

Some of the solutions include the proposal for a mandatory course on “Sensitisation”, “ Empower the bystander training” at all maritime training Institutions. This to prevent bullying and harassment of all kinds. We have studied that the victim in most cases is not able to respond of stand up for themselves, hence it’s important to sensitise all that when there is any kind of unacceptable behavior taking place – including sexual harassment, people need to speak up. Also clearly defining what is “unacceptable behaviour”. A very strict punishment to those who are the perpetrators will also ensure others will deter from harassing others-some may not change their way of thinking , and even if only from fear of punishment do they desist -then atleasts its creating a safer environment.

The positive way to re-enforce this is to “hero” companies and individuals that are carrying out best practices (vis a vis shaming the companies who are not). I believe if we can show that there are small doable ways to ensure gender parity in organisations then we will have more companies pushing for a diverse and inclusive environment -on shore and at sea.

One way is also to have more women in leadership positions . Hence the idea for launching “Maritime SheEO” came about. It will based with a bouquet of services to companies- Firstly a leadership accelerator program for women in maritime. Secondly. creating a robust list of resources for companies including sensitisation programs -I firmly believe its not enough just to empower the women-creating an environment where they will be welcome as leaders is also essential.We also plan to connect talent to the industry and -sea and shore based.

S4S: Currently, we are witnessing many considerable efforts toward women empowerment in the maritime community. What needs to be done further to support gender diversity in shipping? What is your advice to industry stakeholders?

S.S.G.: Women very often lack the right skills to help them rise to leadership positions. In this regard we at Maritime SheEO came up with the idea of a Leadership Accelerator Program for women in maritime. Initiatives such as this can go a long way not only to equip women with the right skills but also help them rise to leadership positions. The industry needs more women leaders and this will also help create more role models and pave the way for more women to enter and aspire to apply for Board positions.

One important way to ensure that all companies promote diversity is having a Gender Index globally. If all companies take and publish such an index where they are ranked as to how friendly tier policies are with regard to gender, the ratio of women, recruitment patters , pay gap and so on .

This will also help them strive to do better than their own ranking in the previous year, also to do better than their peers. If companies make it mandatory for their suppliers to take this ranking it will help in pushing others to do the same . We should highlight the companies and best practices and be an inspiration for the others. All companies should disclose the same as they do their financial results.

Another important aspect is to to have continued research which proves the Business Case fo diversity. IN 2020, Maritime SheEO was funded by the Netherlands Consulate to undertake a survey of 100 companies in India to find linkages between a higher gender ration and business performance. This is very crucial as companies want to improve their profitability . I firmly believe diversity isn’t just the right thing to do, it is profitable. In an increasingly competitive industry bring disrupted, we need increased level of diversity to innovate and to continue to create value. The report can be found here

We are looking for funding to do a global research on the business case for diversity in maritime. In case companies wish to fund the same they can get in touch with me.

S4S: If you could change one thing that would have an either profound or immediate impact on making a career in shipping more attractive to young men and women (outside the industry), what this one thing would it be and why?

S.S.G.: Visible role models and a strong social media presence or campaign.Today’s youth are very engaged on social media and we unfortunately as an industry are not seen as the “most happening” industry. We add so much value to the global economy but still are “invisible”. Mainstream media doesn’t cover the stories and little is known about the work thats done.

S4S: Do you have any new projects/plans/ initiatives to further support diversity within maritime that you would like to share?

S.S.G.: We have launched the SHE of Change campaign starting March to bring out womens’ voices and share their stories, We intend to continue to do so thereby giving a platform to lesser known women at the same time inspiring the youth with stories from the “accomplished” women.

S4S: What is your key message to industry stakeholders with respect to a future of a more sustainable shipping?

S.S.G.:  Research internationally proves that when 25% of a group have a voice, there are 30% changes in the culture of a group. We all want a sustainable future for our industry , an industry thats healthy and more profitable, For this we need to embrace diversity as diversity and sustainability go hand in hand. 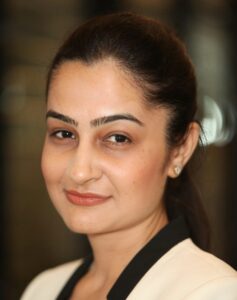 Sanjam Sahi Gupta is Director for Sitara Shipping Ltd. and Astral Freight Forwarders Pvt Ltd. She heads the NVOCC vertical which specializes in the handling of over dimensional cargo. She is a Governing council member of the Logistics Skill Council India. She is a founder member of Women’s International Shipping and Trading Association (WISTA) India and Board Member of WISTA International. She’s a member of the Executive Board of Directors of the World Maritime University based in Malmo, Sweden- the first Indian lady to hold this position. In 2014 the International Womens’ Leadership Forum awarded her “Leading Woman in Shipping Business” and was also awarded in 2014 by SPJIMR Business school as Outstanding Family Business.

As an Ambassador of Sailor Society in India she’s committed to Seafarers welfare and she was a major force in bringing out the “Diversity Handbook” in 2018 along with ISWAN and Anglo Eastern. In May 2018, she was the recipient of the Sandvik Gender Award –for her outstanding contribution and commitment to gender equality. As part of her award she conducted India’s first survey for gathering data on women in maritime. Glenmark Pharmaceuticals awarded her “Woman of the Year 2019” in March 2019. In June 2019 she was invited as part of a High Level panel initiative by The Norwegian Prime Minister, Erna Solberg for a Sustainable Ocean Economy, comprising a group of world leaders from coastal states committed to ocean action in support of the Sustainable Development Goals.This panel will advise 14 heads of government across the world that will drive the transition to a new and sustainable economy for a healthier and wealthier planet.

She has been invited by the United Nations body in Maritime – the International Maritime Organization (IMO) to speak at various panels and conferences. In February 2020, she was named as one of the top 100 women in shipping by All About Shipping UK. To further her commitment to Diversity in the maritime and Logistics industry she has launched Maritime SheEO to provide solutions to the industry.