EUROGATE to carry out automated berthing operations from 2024 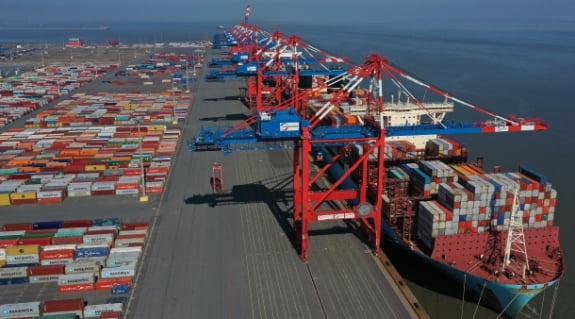 EUROGATE Container Terminal Wilhelmshaven (CTW) is planning to convert its container handling operations in the coming years from a manual process to an automated system.

The respective automation project will get underway in January 2022. The project has an investment volume of around 150 million euros over the next three years. The terminal is expecting to carry out its first automated berthing operations as early as 2024.

We are anticipating significant growth in throughput in Wilhelmshaven over the medium term and therefore believe the time and general economic parameters are now right to invest in the expansion and modernisation of the terminal. However, this is about far more than just installing new technology. We want to develop ‘CTW 2.0’ – an extended, upgraded and efficient automated terminal, whose streamlined organisation is geared to new operating requirements.

The first phase of the automation project from January 2022 will involve driving forward the expansion of the existing infrastructure, including raising the existing eight container gantries and asphalting unsurfaced areas in the north section of the terminal. Delivery, assembly and commissioning of two additional gantries is planned for 2023.

The future operating model and human resources concepts are currently being elaborated. The ‘Collective Agreement for the Future’ signed between the individual EUROGATE entities and the services sector union ver.di at the end of 2018 laid down the foundation for ensuring that the consequences of the automation process for our employees are as socially acceptable and codetermined as possible.

Automation in our industry is continuing at pace. We are embracing this development and view it as an opportunity to significantly strengthen our customer focus and our competitiveness. This will, in turn, lead to increased handling volumes, enabling us to secure long-term employment and create new, challenging and sustainable jobs.