by The Editorial Team
in Maritime Health, Seafarers, Smart 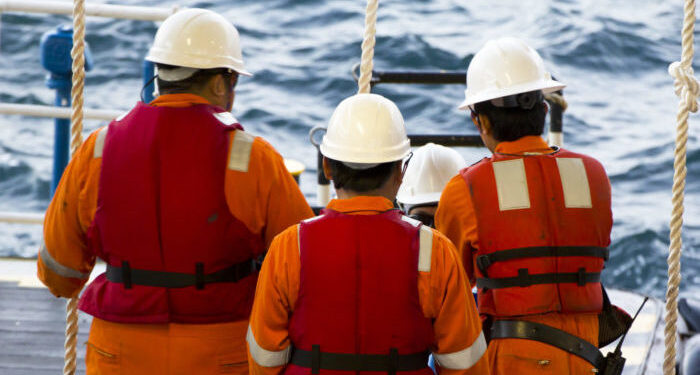 A research published in the International Maritime Health journal alerts that automated onboard tasks for seafarers may reduce attention and vigilance, increase the risk of accidents, and lead to higher levels of smoking, drinking, eating disorders and addictive behaviours amongst crew members.

The study conducted by members of the French Society for Maritime Medicine, highlights that increased automation in seafarers’ activities has negative results in their operations.

The condition described as ‘automation complacency’ is typically seen amongst airline pilots, where they can become over-reliant on automated systems and fail to exercise sufficient vigilance or sustained attention. In some cases, they rely on automation rather than exercising their manual pilot skills and abilities.

The ‘automation complacency’ state is linked to boredom, which psychologists define as ‘a state of low arousal and dissatisfaction attributed to an inadequately stimulating situation‘.

Therefore, boredom is usually experienced when workers face a monotonous life along with frustration, according to the paper.

This combination is often found among seafarers, because of the monotony of work onboard, routine deck-work or using machinery, being on watch, or doing maintenance tasks, especially at sea.

To conduct the research, the researchers compared a group of seafarers working with a French oceanographic research company with shore staff, comparing office staff, officers onboard the vessel and crew onboard.

15% of seafarers onboard vessels were smoking cigarettes, compared to the 9.3% of office staff.

Moreover, the research noted that differences in the level of job demand and job control meant ratings were much more likely to be classed as passive rather than active in their work, and therefore much more prone to boredom, with high levels of boredom-proneness almost twice that of officers.

One quarter of officers answered that much of their work was repetitive and monotonous, almost 50% of crew described their duties that way. In the meantime, fewer than 6% of officers said time always seemed to pass slowly at work, compared with 32% of crew.

In the meantime, one-quarter of officers replied that they feel they work below their abilities for most of the time, whereas the figure was just over 60% for crew.

For many of them, this would translate to the existence of a state of boredom due to a lack of external stimulation and, in particular, monotony and the routine nature of the work, a loss of a sense of the meaning of work, or a divergent perception of the passage of time.

In the last SAFETY4SEA Athens Forum, Capt. Yves Vandenborn, Director of Loss Prevention, The Standard Club shared some thoughts of seafarers to address their need and the importance of seafarers’ wellbeing. In essence:

The feeling of boredom and monotony combined with familiar frustrations of separation from family, containment in a confined space, and poor relationships with people onboard results to hard working conditions for the seafarers.

In light of the results, the study recommends that seafarers and officers with these scores should not be automatically refused work, the researchers suggest they should be subjected to ‘enhanced monitoring’. 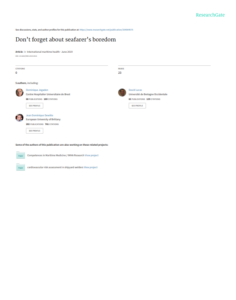