A technical reference on methanol bunkering

Lloyd’s Register and The Methanol Institute have issued a bunkering technical reference to help shipowners, ports and bunker suppliers understand the processes and procedures required for the safe use of methanol as a marine fuel.

In line with an increased focus on shipping decarbonization, the guide provides checklists for shipowners, suppliers and port authorities to become more familiar with methanol bunkering and help accelerate its use.

Methanol bunkering is not that dissimilar to marine gasoil bunkering, however there are some challenges with regards to the toxicity of methanol, and in firefighting, but these can be safely navigated.

The Technical Reference provides operational safety management protocols which, when applied, would significantly reduce the low-flashpoint fuel concerns, and other challenges previously mentioned, with methanol bunkering. As it is already in use on product tankers, ferries and harbour craft, the Technical Reference will allow other ship type sectors to consider methanol as a candidate fuel in the transition to full decarbonization.

If the industry starts to use methanol now with lower carbon emissions, it would then be able to transition over time to net-zero carbon emissions as we evolve from grey, to blue to green methanol in the next 10 to 20 years,

As a first step, a Circular covering the Interim Guidelines on the use of such a fuel onboard ships is to be considered for approval by the IMO’s MSC 102, which is re-scheduled to take place this week (4-11 November 2020), LR informed.

(These Checklists are generic in nature. It is for individual users, either on the Supplier or Ship sides, to take into account all the factors relevant to their specific circumstances, and on that basis adapt these generic Checklists to cover their own particular requirements.) 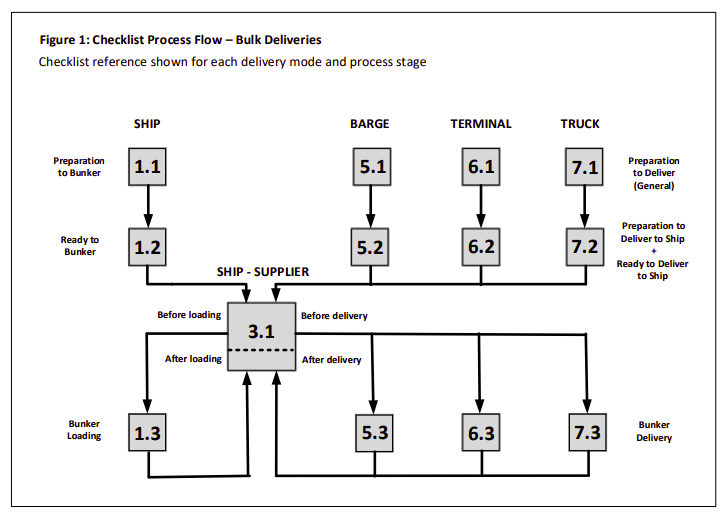 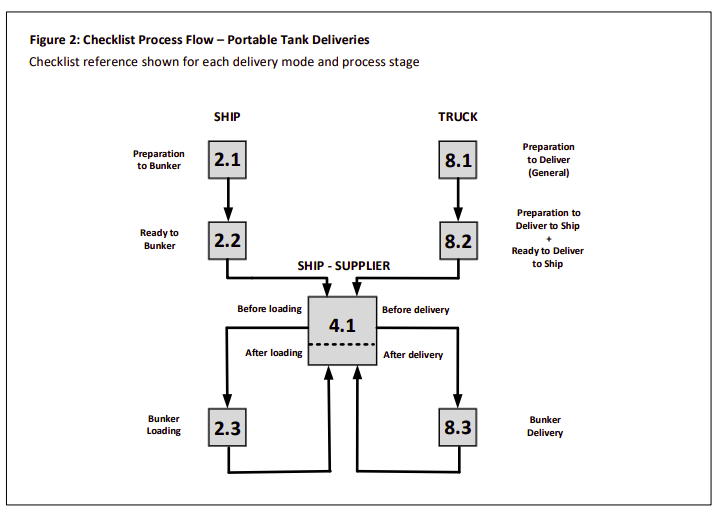