An intrepid NASA robot with the aim to search for signs of alien life in the solar system has excelled in its first road-test in Antarctica. In fact, it is said that a team of researchers and engineers spent three weeks at Australia’s Casey research station, testing the robot under the Antarctic sea-ice.

Namely, the robot has two independent wheels to maneuver along the under-side of the ice and suite of science instruments to take samples of the ice-water interface.

NASA Lead Engineer, Dr Andy Klesh, said the robot was able to collect a range of valuable data. Dr Klesh said  that “the under-side of the ice was quite flat, so the robot could roam about amassing information on dissolved oxygen, conductivity, temperature and depth.” 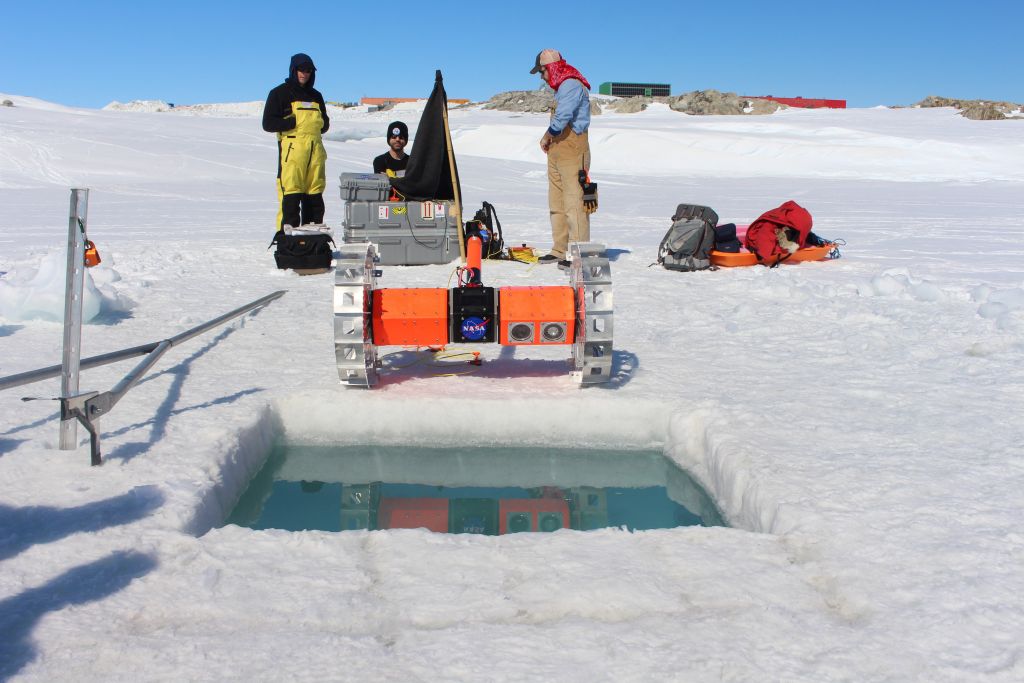 The NASA team prepare the robot for diving under the sea-ice in front of Australia's Casey research station/ Credit: NASA/JPL/SETI Institute/Australian Antarctic Division

What is more, NASA scientist from the Jet Propulsion Laboratory, Dr Kevin Hand, said the Antarctic mission was a huge success. “We put the robot under the sea-ice on 4 occasions and were able to test its full mechanical capabilities,” said Dr Hand, adding that “we even left it hanging out under the ice for a 48-hour sleep-over”.

The Antarctic trial will now inform changes to the design of the robot, such as adding a potential third wheel as well as thrusters.

We learned from navigating some of the cracks that an additional wheel, like a tricycle, might be useful as well as adding thrusters to it, so we could vary our buoyancy when needed.

NASA is preparing to travel to Jupiter within the next decade with the aim to better understand the planet and investigate one of its icy moons, Europa. It is hoped a future version of the robot will be on the mission to explore the salty oceans of Europa and potentially find life beneath its 10-kilometer-thick icy crust.

It was previously said that NASA plans to launch the Europa Clipper mission in 2025, and the spacecraft is expected to take several years to reach its destination. Once there, it will take orbital measurements of the moon’s surface, to help identify landing sites and understand the global ice dynamics and composition. 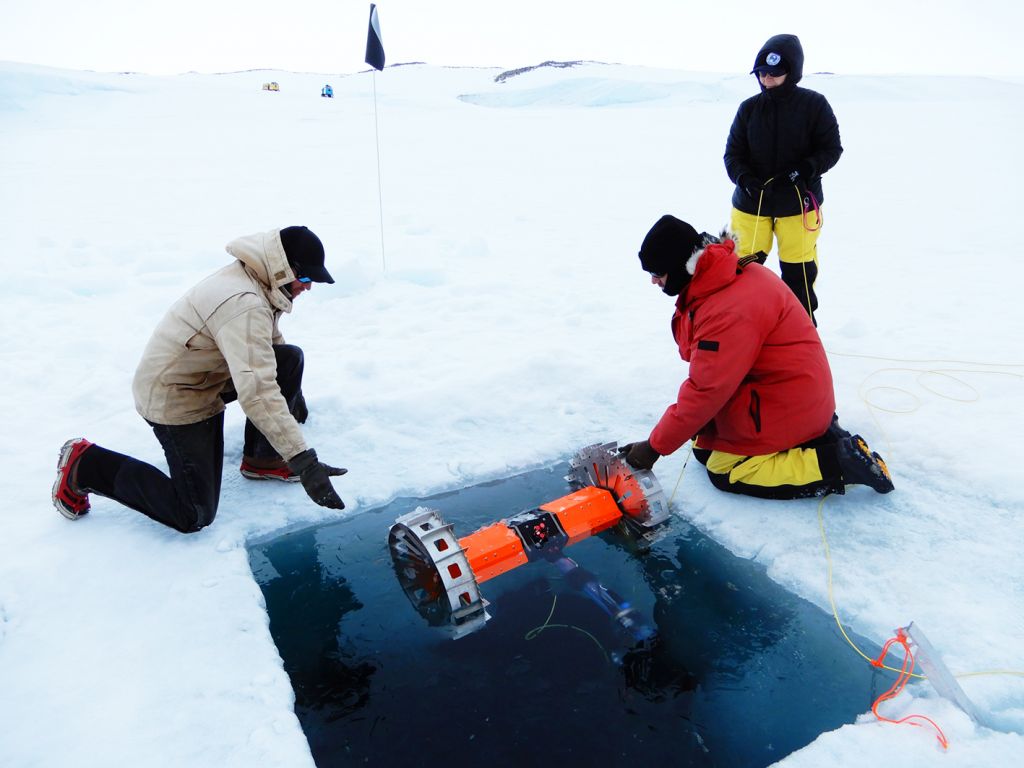 Deploying the robot in a hole in the sea-ice/ Credit: Nick Watt