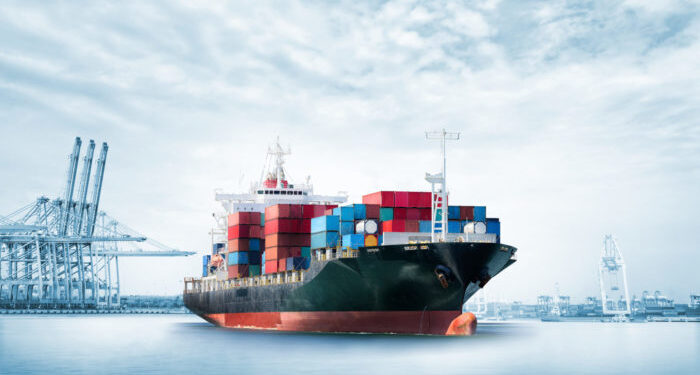 Partners in an initiative to reduce air pollution and protect endangered whales announced results from the 2020 program.

Specifically, the shipping companies that participated reduced speeds to 10 knots or less in the San Francisco Bay Area and the Southern California region.

The program’s new Southern California region extends from Point Arguello (in Santa Barbara County) to waters near Dana Point (by the Ports of Los Angeles and Long Beach).

The voluntary incentive program, called “Protecting Blue Whales and Blue Skies,” ran from May 15, 2020 through November 15, 2020.

Shipping companies taking part in the program receive recognition and financial awards according to the percent of distance traveled by their vessels through the Vessel Speed Reduction (VSR) zones at 10 knots or less and with an average speed of 12 knots or less.

The 10-knot target complements the National Oceanic and Atmospheric Administration’s (NOAA) requests for all vessels (300 gross tons or larger) to slow down during the months of peak endangered blue, humpback, and fin whale abundance to protect these whales from deadly ship strikes.

The timing of the program also comes at the same time with the season when ground-level ozone concentrations are typically high. The 10-knot target allows ships to travel at an efficient operating load using less fuel and producing less pollution.

The program is a collaborative effort by the following organizations:

What is more, the partners established three award tiers to recognize participating companies based on the percent of distance their fleet traveled through the VSR zones at speeds of 10 knots or less. The three award tiers are Sapphire (75-100% of fleet total distance in VSR zones traveled at 10 knots or less), Gold (50-74%), and Blue Sky (25-49%).

As air pollution from on-road vehicles and stationary sources is reduced with new technologies, the emissions from ocean-going vessels become even more impactful to air quality in Ventura County. This voluntary, incentive-based program is an effective way to reduce emissions in the short term until new technologies are implemented in the international shipping fleet. We are grateful for the continued participation and increased cooperation of the shipping companies and commend them for their environmental responsibility