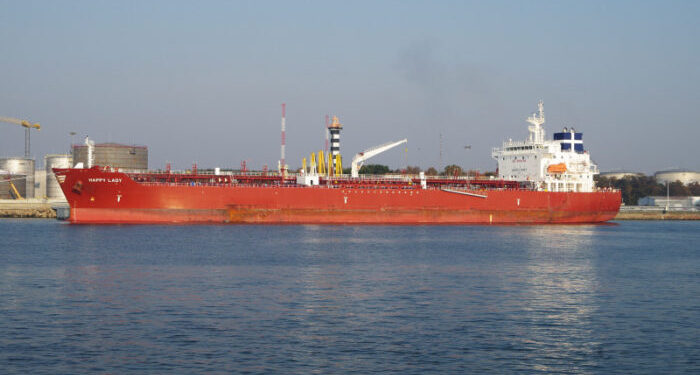 On December 31, pirates attacked the Greek-flagged “Happy Lady” tanker from Limboh port in Cameroon; The attackers managed to kidnap 8 crewmembers out of which 5 of Greek nationality, two Filipinos and one Ukrainian.

The attack took place on the early hours of Tuesday, as the Greek Shipping Ministry informed. The situation was reported to the Operations Centre of the Hellenic Coast Guard.

According to Bloomberg data, the Happy Lady is a 51,390 DWT chemical/oil tanker, owned by Athens-based Eastern Mediterranean Maritime.

The attack concerning Greek-flagged vessels comes some days after pirates, that had abducted four crewmembers from the Greek-flagged “Elka Aristotle”, freed the abducted seafarers consisting of one Greek national, one Georgian and two Philippine nationals.

The Union of Greek shipowners has been firmly condemning piracy and attacks in support of a free and safe shipping industry, highlighting the importance of seafarers’ safe and wellness onboard.

Overall, West Africa, and most importantly Gulf of Guinea, remains a hot spot for piracy attacks; Taking into consideration IMB’s latest report, the Gulf accounts for the 86% of crew taken hostage and nearly 82% of crew kidnappings globally.