Primary energy consumption increase at a rate of 2.9% last year, almost double its 10-year average of 1.5% per year, and the fastest since 2010. This growth was led by natural gas, which contributed to over 40% of the increase. All fuels grew faster than their 10-year averages, except from renewables, although renewables still accounted for the second largest increment to energy growth.

In addition, China, the US and India together accounted for more than two thirds of the global increase in energy demand, with US consumption expanding at its fastest rate for 30 years. 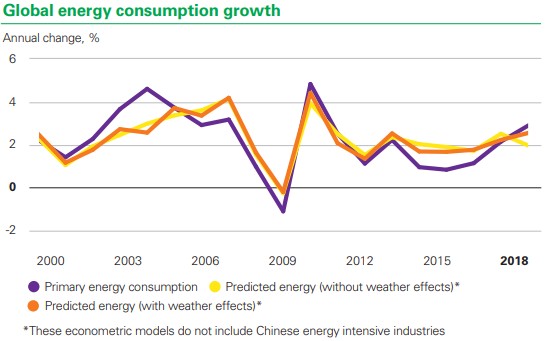 Virtually all of the net increase was accounted for by the US, with their growth in production achieving a record for any country in any year.

What is more, refinery throughput rose by 960,000 b/d, reduced from 1.5 million b/d in 2017. However, average refinery utilisation climbed to its highest level since 2007. 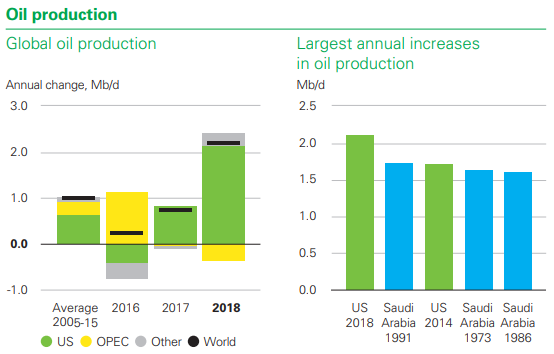 Moreover, global natural gas production increased by 190 bcm, or 5.2%. About half of this came from the US (86 bcm), which recorded the largest annual growth seen by any country in history.

Furthermore, growth in inter-regional natural gas trade was 39 bcm or 4.3%, more than double the 10-year average, driven significantly by fast expansion in LNG. This came mainly from Australia (15 bcm), the US (11 bcm) and Russia (9 bcm). China accounted for around half of the increase in imports (21 bcm). 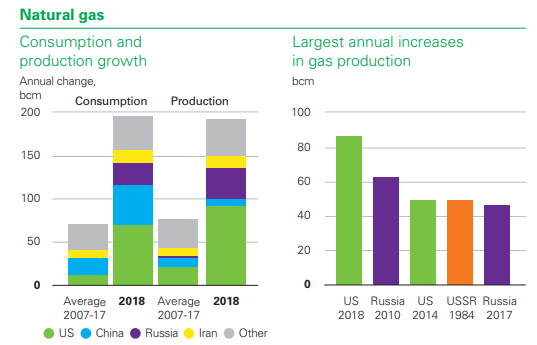 What is more, coal’s share in primary energy fell to 27.2%, its lowest in fifteen years. However, global coal production rose by 162 mtoe, or 4.3%. China (82 mtoe) and Indonesia (51 mtoe) provided the largest increments. 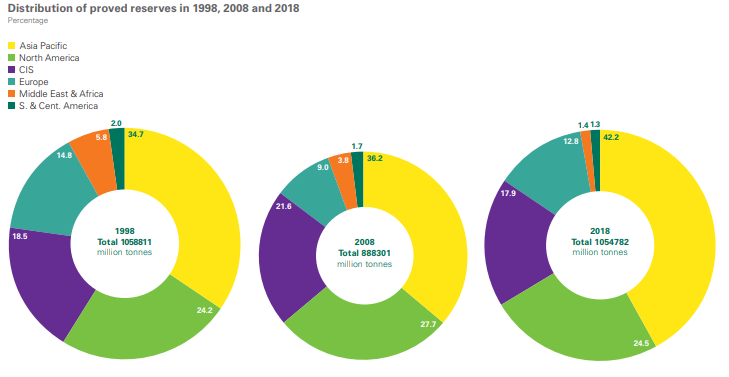 As far as renewable power is concerned, it increased by 14.5%, slightly below its historical average, despite the fact that its increase in energy terms (71 mtoe) was close to the record-breaking increase of 2017.

More specifically, solar generation grew by 30 mtoe, just below the increase in wind (32 mtoe), and provided over 40% of renewables growth.

Hydroelectric generation also increased by an above-average 3.1%, with European generation rebounding by 9.8% (12.9 mtoe), almost counterbalancing its steep decline in the previous year.

Lastly, nuclear generation increased by 2.4%, its fastest growth since 2010. China was the main contributor, with almost three quarters of global growth, with Japan being the second largest increase. 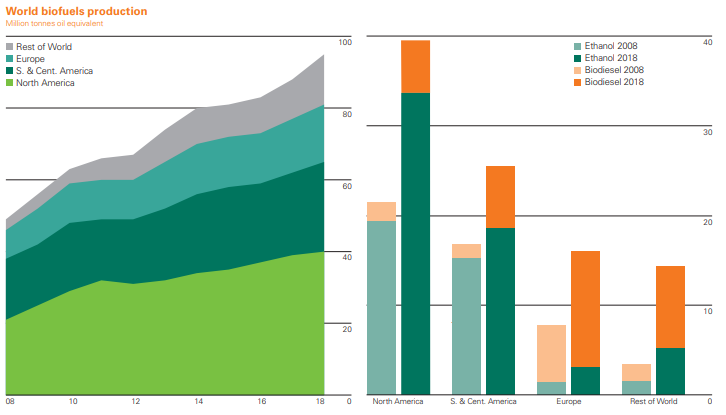 Nevertheless, the report notes that carbon emissions grew by 2%, which is the fastest growth for seven years. 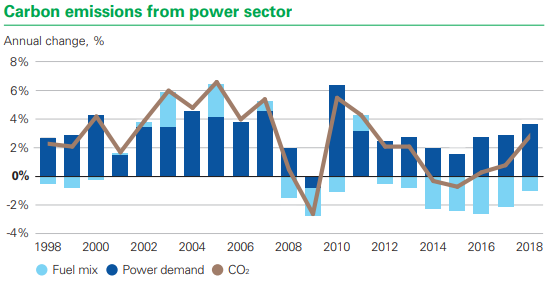 Electricity generation marked a rise by an above-average 3.7%, buoyed by China, which accounted for more than half of the growth, India and the US.

By fuel, renewables accounted for a third of the net increase in power generation, followed closely by coal (31%) and then natural gas (25%). 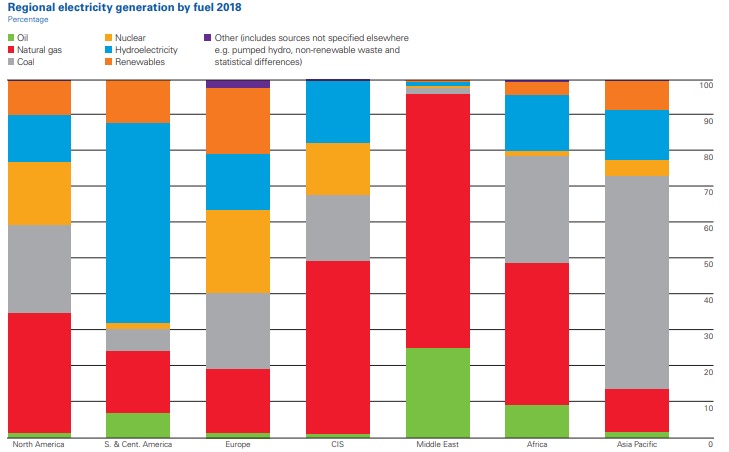 Finally, cobalt and lithium production grew by 13.9% and 17.6% respectively, both well in excess of their 10-year average growth rates. In fact, cobalt prices rose 30% to their highest levels since 2008, while lithium carbonate prices increased by 21% to new highs. 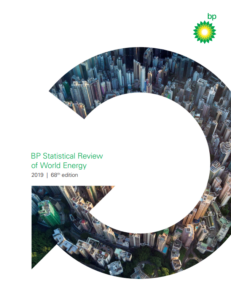