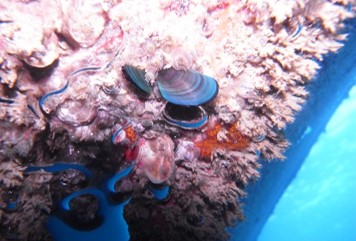 A new regional strategy and action plan to improve marine biosecurity through biofouling management in Latin America has been developed and agreed during a regional meeting in Guayaquil, Ecuador, from 26 to 27 September.

The Regional strategy and Action plan on biofouling management in the Southeast Pacific (Latin America) includes multiple activities on different aspects of biofouling management to be implemented in the next five years and is expected to support actions already in place to prevent ballast water-mediated invasions and contribute to marine biosecurity across the region.

IMO informed that participants to the regional task force meeting included a mix of marine biology experts and policymakers representing CPPS partner countries (Chile, Colombia, Ecuador, Panama and Peru), plus an additional two countries (Argentina and Mexico) that were invited to witness the discussions and contribute with their own experience.

Later in the week, in support of the newly developed action plan, a cross collaboration between CPPS, the Smithsonian Institution and IMO brought together marine biologists from the five coastal countries in the Southeast Pacific for a practical training on a harmonized methodology for sampling fouling species in ports.

Each country will now replicate the same survey in their national ports, applying the standardized sampling methodology that will help to establish a baseline of existing species. They will be able to monitor future effectiveness of biofouling management policies.

The GloFouling Partnerships project is a collaboration between the Global Environment Facility (GEF), the United Nations Development Programme (UNDP) and IMO which addresses biofouling – the accumulation of algae, animals and microorganisms on the surface of ships. Biofouling plays an important role in the transfer of invasive aquatic species (IAS) from one region to another. Addressing biofouling improves marine biosecurity.  Reducing biofouling also contributes to the reduction of GHG emissions from ships.